Do you know
Mourinho’s friend? 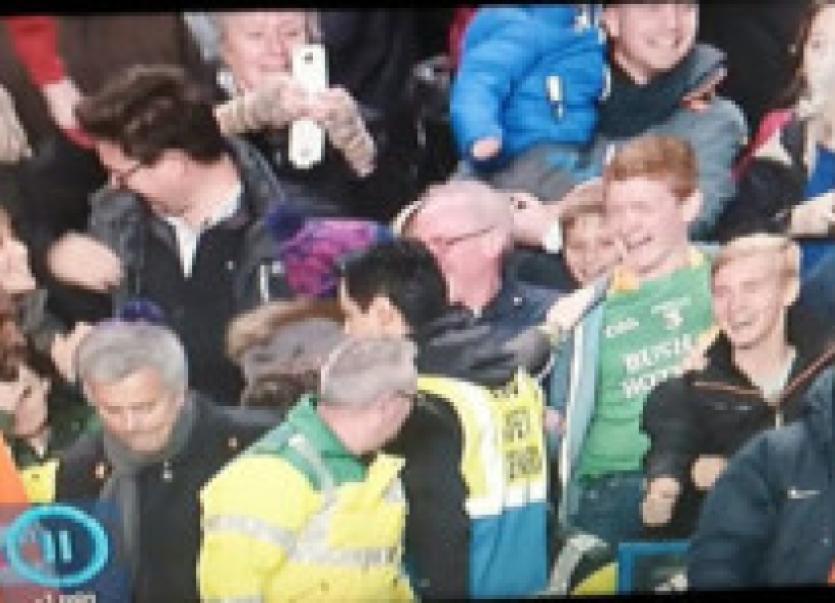 There was a huge search to iddentify a young man with a County Leitrim GAA jersey who was embraced by Chelsea manager, Jose Mourinho, during Chelsea’s premiership clash with Manchester City.

Jose Mourinho set off into the stands after Chelsea scored their winner at Stamford Bridge last week, and went straight into the arms of the Leitrim fan! The person was wearing a Leitrim jersey sponostred by The Bush Hotel, Carrick-on-Shannon. The incident went out live on Sky Sports Television.

The red-haired chap in the Number 3 Leitrim jersey who has been named as Michael Og McGarrigle locally is understood to be a son of a Leitrim woman.

Mourinho explained afterwards he went to the crowd, as his son has a premier ticket and he wanted to celebrate with him. Supermacs, Carrick-on-Shannon offered a free pizza to the person who got the hug from Mourinho.