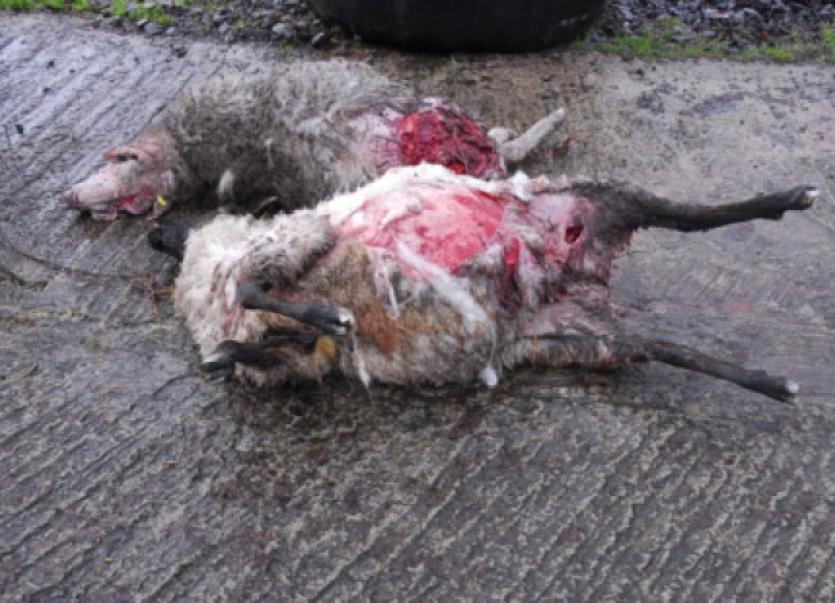 Two in-lamb ewes were mauled to death and more animals were left in a distressed state after a dog attack in the Drumshanbo-Leitrim Village area on Monday night.

Two in-lamb ewes were mauled to death and more animals were left in a distressed state after a dog attack in the Drumshanbo-Leitrim Village area on Monday night.

A farmer made the shocking discovery on January 6 and found two dogs, believed responsible for the attack, in the vicinity of his flock.

The dogs were traced to a nearby home and were beloved family pets.

The farmer who owns the flock said he did not want to be named but he urged all dog owners to ensure that their animals are not roaming free, especially as sheep are starting the lambing season.

“It is essential that all dogs are kept under control and we are asking dog owners in both rural and urban areas to keep their dogs tied or in kennels during lambing season,” he said.

“If anyone sees stray dogs in or around farm land immediately contact the owner or the warden. Don’t just ignore it. Dogs can do an awful lot of damage and it’s totally unacceptable to see situations like this occurring again this year.”

“Dog owners have a responsibility to keep their pets under control at all times. It doesn’t matter how well you think you know your dog, you may not think that it has the potential to be a killer, but the fact remains that when dogs come together in a pack they hunt and will cause damage like this,” he told the Leitrim Observer following the attack.

“This sort of attack not only causes physical damage to the animals targeted by the dogs, but the stress of being attacked can also affect other animals in the flock, causing them to spontaneously abort their lambs. The losses to farmers can be huge and it is important that dogs are not allowed to roam loose,” he said.