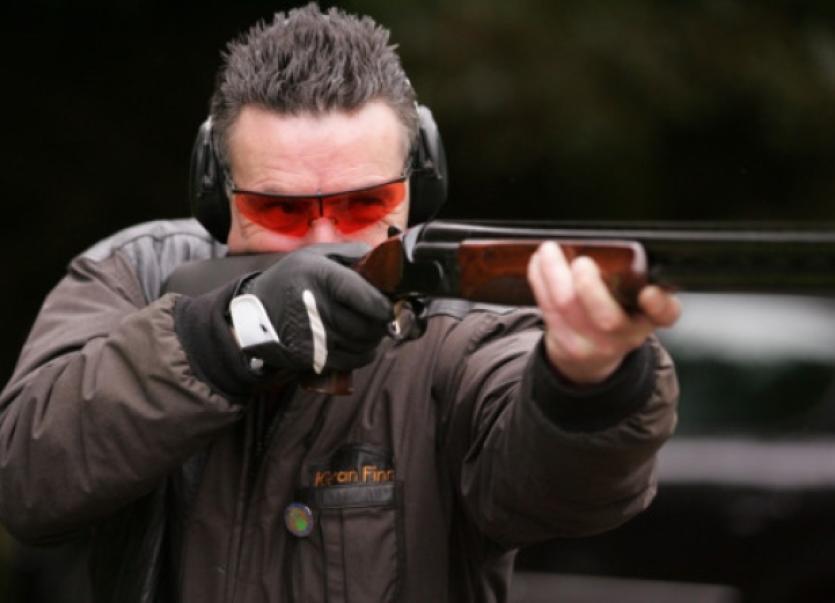 Meet Kieran Finn. A member of Sligo NARGC Kieran aims to shoot 100 clays in every county in Ireland, amounting to a staggering 3,200 clays within four days, from the 1-4th of August 2014 all in aid of two special charities.

Meet Kieran Finn. A member of Sligo NARGC Kieran aims to shoot 100 clays in every county in Ireland, amounting to a staggering 3,200 clays within four days, from the 1-4th of August 2014 all in aid of two special charities.

This is an extreme challenge that has never been attempted before, and for Kieran it means he will be tested both physically and mentally, but Kieran believes he can reach his target with the support from hunters, shooters, and fishing people throughout Ireland.

The success of last year’s event has encouraged Kieran to create another milestone record for charity.

Kieran’s motivation to help two important charities this year came about after he had a serious back operation. During a hospital visit two years ago he had a chance meeting with a hunter and fisherman ago with M.S.

This was a turning point in Kieran’s life, and has since him made feel incredibly thankful to be in a position to pick up a gun or fishing rod and go out and enjoy the country way of life that every hunter and fisherman feels.

Kieran stated that: “My friend was a shooting and fisherman all his life, until three years ago when M.S. took over his body.

He told me many stories about his memories of shooting and fishing and his plans of purchasing a pup, however, his condition deteriorated too much for him to do so”.

Kieran added: “This year’s fundraiser takes things to new level and I am asking all fellow shooters, hunters, fishermen and fisherwomen to come together in raising funds for both M.S. Ireland and Autism Ireland.”

Gun Clubs can represent their County and host 100 clays, other clubs in their county could support them by collect sponsorship of just €1 per line, outdoor people are what they are and that is outdoor people but none of us know what the future has in store for us, so even the smallest piece of help can make an enormous difference to these two great charities and the people who depend on them each and every day of their lives.

Please contact Kieran Finn if you or your fellow county clubs can support this important Charity event.