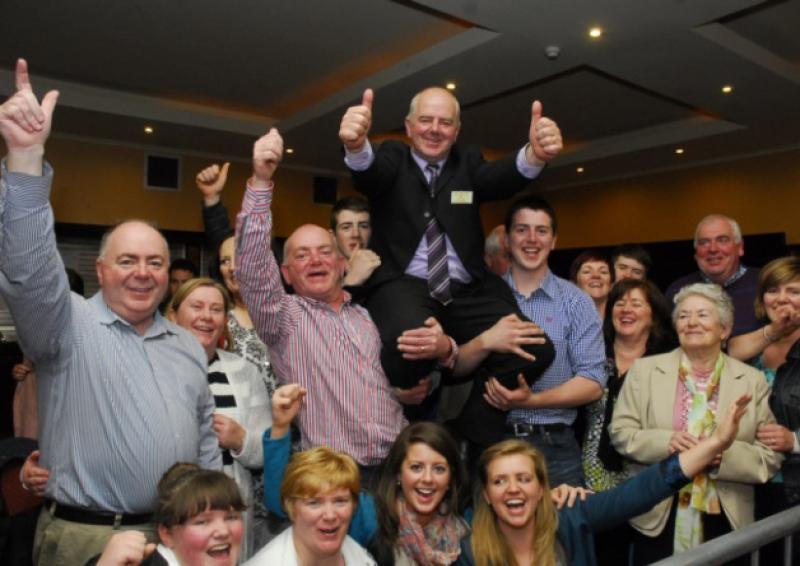 Although he faced a mammoth task in fighting challenges from no less than five other candidates in a relatively small area, Warnock was able to stay far enough aheadof his rivals to capitalise on transfers.

With 440 first preferences, it was always going to be a closely fought battle for a seat and it literally came down to the wire, with Cllr Warnock securing his seat on the sixth and final count, without reaching the quota.

“I knew it was going to be a close thing but I got a good first preference vote and I knew that if I could just keep ahead of the people running near me then I would be in a strong position for a seat,” the newly elected councillor told the Leitrim Observer this week.

“We were very tightly bunched around Kinlough and that made things more difficult and ideally Fianna Fáil should have had one candidate running in Drumkeerin, one in Manorhamilton and one in Kinlough, that would have been better and I think that the spread selected is something we will have to look at as a party.

“Overall I am very happy with my vote. I think that in the Kinlough area we have a mind-set that we have Council seats and we like to keep them,” he observed, “we’re a bit cut off from the rest of the county here in Kinlough and that has given the community a real sense of unity.”

Cllr Warnock said that he is relishing the chance to serve his local area on the incoming Council.

“I know that it will be a challenging couple of weeks initially but I am really looking forward to serving on the new Council,” he said.

“This area needs strong representation and I am proud to be following in the footsteps of Tony Ferguson, who gave 35 years of service to this community.”

Cllr Warnock said that he wants to see the outstanding infrastructural work in the towns and villages of north Leitrim finally completed and he is also keen to see proper amenity areas put in place in Kinlough and Tullaghan.

“I think that it is also critical that we look at properly developing tourism in north Leitrim. This is one of the most incredible areas of outstanding natural beauty and I think that we need to capitalise on that and I think that we should start now and use the infrastructure we have in place and build on that,” he said.

Noting the upcoming centennial of 1916 and the important role that this area will play with the home place of Sean MacDiarmada and his role in the Rising, Cllr Warnock said it was important to start promoting north Leitrim now in a cohesive way.

He thanked everyone who assisted in his campaign from his Cumann, and his canvassing team to his family and friends and all who voted for him in the recent election.

“I am proud to be representing my area, it really is an honour,” he said.