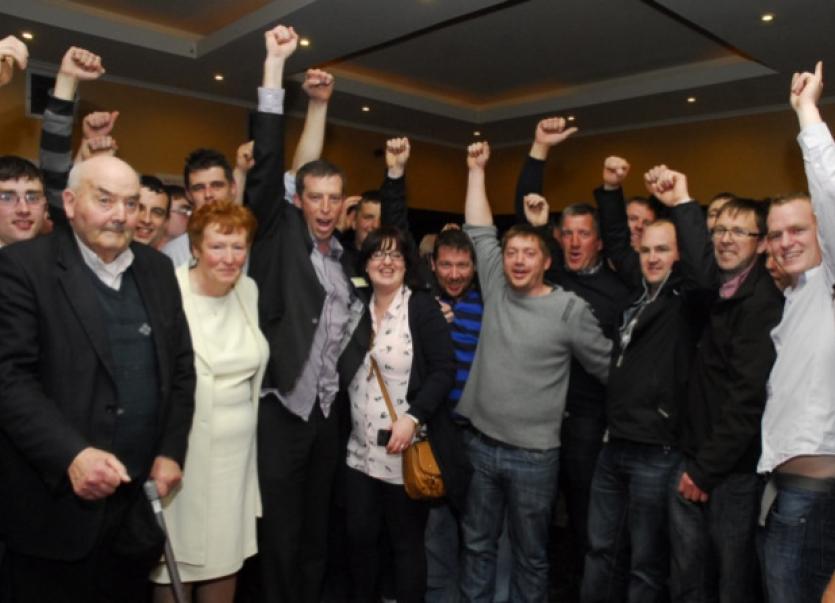 First time candidate Brendan Barry for Sinn Féin is the only new councillor in the Ballinamore Electoral Area.

First time candidate Brendan Barry for Sinn Féin is the only new councillor in the Ballinamore Electoral Area.

The party took a risk by putting forward three candidates in the new area which includes Ballinamore, Drumshanbo, Keshcarrigan and Carrigallen hinterlands. From the outside, Barry himself seemed like another risk, a new face, a young inexperienced man on the canvass up against a high number of sitting councillors. But he broke through the barriers, and will now be the new councillor for Drumshanbo town.

He said he was shocked, but paid tribute to the “great team behind me.” Barry said he started with a low base of about “250 Sinn Féin votes” he said he “knew it wasn’t going to be easy” but locals reacted well.

He added many of the people in the area “are living in fear of what is next” in terms of austerity.

Barry asserted it helped that he had good links in Fenagh, Keshcarrigan and Drumshanbo and of course the Sinn Féin vote management worked in his favour. He was elected on the fifth count ahead of sitting Cllr Martin Kenny, who was elected without reaching the quota on the seventh count.

Brendan Barry said voters were looking for an “alternative” and he came across as an “young ordinary farmer.”

He thanked all of his election team, his family and wife Nicola for “standing by me.” He said he is looking forward to joining the new look Leitrim County Council.