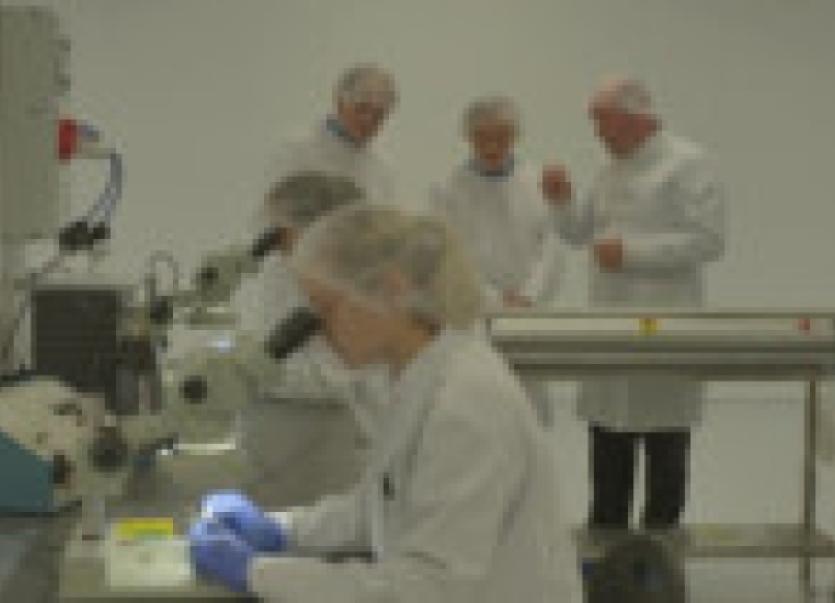 The Minister for Jobs, Enterprise and Innovation Richard Bruton TD today (Friday) announced the creation of 125 new jobs at VistaMed in Carrick-on-Shannon and Roosky.

The Minister for Jobs, Enterprise and Innovation Richard Bruton TD today (Friday) announced the creation of 125 new jobs at VistaMed in Carrick-on-Shannon and Roosky.

The announcement was made at the official opening of VistaMed’s new state-of-the-art extension to its Carrick-on-Shannon manufacturing facility. VistaMed is the leading Irish catheter and extrusion provider to the global medical device industry and a Helix Medical joint venture partner.

The announcement is part of a new investment programme of more than €7million, supported by the Department of Jobs, Enterprise and Innovation through Enterprise Ireland. Recruitment for these positions is ongoing and positions are expected to be filled by the end of 2014.

This new investment is in response to increased demand in the global medical device market for sophisticated and innovative catheter and stent delivery systems.

Officially opening the new facility Minister Bruton said: “Medical technologies is a key sector which we have targeted as part of our Action Plan for Jobs, and in particular we have sought to support the growth of a strong cluster of Irish companies in this area. In recent years despite difficulties we have seen an overall strong performance in this sector. VistaMed is a great example of an Irish company, with world-class product offering, performing strongly in highly competitive global markets and employing large numbers of people in Co. Leitrim.

The 35,000 sq. ft. expansion of the Carrick-on-Shannon facility includes 12,000 sq. ft. of cleanroom which is required to meet the growing need for diverse braided catheter assemblies, as well as a new area dedicated to thermoplastic extrusion which is recognised as best-in-class for the stringent catheter tubing requirements for today’s demanding requirements within the Medical industry. VistaMed has also developed a dedicated R&D Engineering Laboratory which reinforces VistaMed’s continuing support for innovative design and development projects and further enhances the rapid project “turnaround” times currently experienced by VistaMed’s global customer base.