Husband tells inquest “I lost the light of my life” 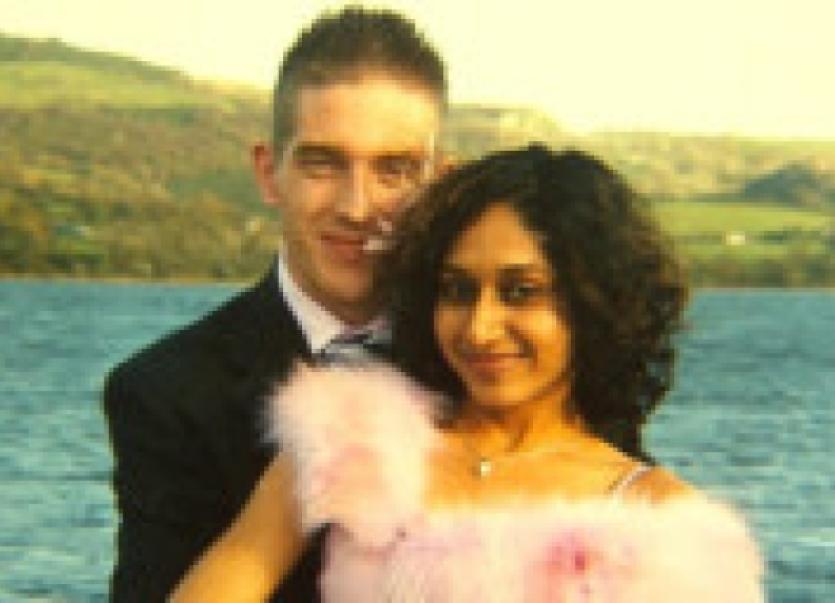 A grieving widower has told how the light of his life died days after he was told not to eavesdrop on doctors considering her condition.

A grieving widower has told how the light of his life died days after he was told not to eavesdrop on doctors considering her condition.

Michael Kivlehan from Dromahair also told the inquest into his India-born wife Dhara’s death that when he suggested she might have jaundice a doctor told him it was hard to tell because she was Indian.

“I was too stunned to respond”, Mr Kivlehan told coroner Eamon MacGowan and a jury of five men and two women in Carrick-on-Shannon.

Dhara, 29, a manager with fashion retailer Next, died from a severe form of pre-eclampsia in Royal Victoria Hospital, Belfast, eight days after giving birth to their son Dior in an emergency C-section procedure at Sligo General Hospital in September 2010.

Dior was four on Sunday, the day before his mother’s inquest opened.

Mr Kivlehan, aged 35, said that when he and his wife Dhara realised she was pregnant: “We were delighted like any married couple looking forward to the birth of their first child.”

He told how the couple lived a healthy lifestyle and didn’t drink or smoke and ate organic home-cooked food.

When Dhara began to feel unwell she was taken to Sligo General Hospital she was worried because her legs were swollen at the ankles.

It took nurses two hours to find her medical note.

In the early hours one morning in Sept, 2010, he received a call at home to attend the hospital where he was given a form to sign as Dhara had Hellp syndrome and the baby must be delivered quickly.

He wasn’t given time to sign the form and signed it without reading it. “I was bullied intro it”, he added.

He said: “I was told Dhara would be fine. But she was completely unrecognisable.”

On September 23 a medic told him the “worst case scenario” was Dhara would receive kidney dialysis and Sligo General were waiting for a kidney specialist to “come up from the country.” A day later he was told if was most likely Dhara was going to die.

He also said: “The birth of our beautiful baby should have been the start of something wonderful. We had great plans together and we had just started renovating a house.”

He said that after a C-section emergency birth operation the consultant obstetrician told him Dhara would be fine.

Michael said: “Dhara was unconscious at this stage. She was completely unrecognisable,

“Her entire body was swollen. Her face was puffy. She had a yellow/orange tinge on her skin.

“To me it looked like jaundice. I know what jaundice looks like, because I sustained liver damage following a road traffic accident in England a number of years ago.”

He said when he pointed out the colour of his wife’s skin to the consultant and to nurses they all told him Dhara was fine.

Mr Kivlehan said Dhara remained a room in the maternity unit, not the ICU, for two days where he and his mother remained with her.

He recalled coming out from behind a curtain around Dhara’s bed to a periphery area where doctors were gathering and he was told by a nurse to stop standing there and to stop “eavesdropping” on the doctors.

He was put back into his wife’s bed area and told if he wanted to assist he should get her a drink.

Michael said: “I was frustrated and annoyed.”

He remembered one doctor telling him it was most likely Dhara would die.

“I was extremely shocked when I heard this.”

When he told the doctor he was not satisfied Dhara was being properly cared for in Sligo General Hospital, he was told she was being very well treated. She was in the ICU by then.

A number of hours later he was told arrangements were being made to transfer Dhara to Royal Victoria Hospital in Belfast by helicopter. He travelled with her in the helicopter.

When they arrived at the RVH in Belfast he was straightaway struck by how incredible the staff was there.

Mr Kivlehan told the inquest: “I was told she was suffering from multi-organ failure. She died on September 28, 2010. She was unrecognisable at the time she died.”

He said he even received cards from the nurses at the RVH after Dhara died. “I never heard anything from Sligo General Hospital.”

He told of how he battled to get an inquest heard. At first Mr MacGowan’s predecessor as Leitrim coroner Dr Desmond Moran refused to hold one. Eventually, one was arranged for Northern Ireland but it was switched back to the Republic.

He said: “An inquest is important to me personally and to our son Dior. We want to know what happened to my wife and his mother. I have had no answers or explanations to date.

“As the fourth anniversary of Dhara’s death approaches the delay factor has added to the stress. It’s left a very bitter taste in my mouth.”

At the start of his evidence Mr Kivlehan told the inquest: “I lost the light of my life.”

At one stage family solicitor Damien Tansey told one witness in the presence of the jury that the coroner was unable to locate a vital doctor in Sligo General Hospital but efforts were continuing to attempt to locate him.

Belfast-based pathologist Dr Brian Herron told the inquest that Dhara died from multiple organ failure, including of the kidneys and heart.

When Adrienne Egan, SC for the HSE, put it to him that the ultimate cause of death was more likely linked to liver failure than any problem with the kidneys, Dr Herron replied: “I am not that clever that I can break it down to any one organ or the other.”

Sligo General Hospital midwife Catherine Mulhern, who qualified in midwifery in 1997, said she was the most senior person involved in the care of Dhara in the early hours in the labour ward when she was transferred from the ante-natal ward.

She remembered Dhara was “distressed with pains.”

She said: “The plan was for emergency Caesarean section.”

At 5.10 a.m. she explained that to Dhara and her husband Michael who had just arrived.

At 5.56 a.m. a live male infant was born who was “pale and floppy”. Following immediate resuscitation treatment the baby responded well.

Ms Mulhern told family solicitor Damien Tansey that Dhara had symptoms of pre-eclampsia. The process was to get the baby delivered as soon as possible and then to attend to the mother’s problems.

She added: “I was very worried about this patient. She was dangerously ill.” She relayed her concern to a doctor.

The couple met in London in 2002 and married in 2005. They moved to Co. Leitrim where Mr Kivlehan was reared.

The inquest, which will run into next week, continues today (Wednesday).