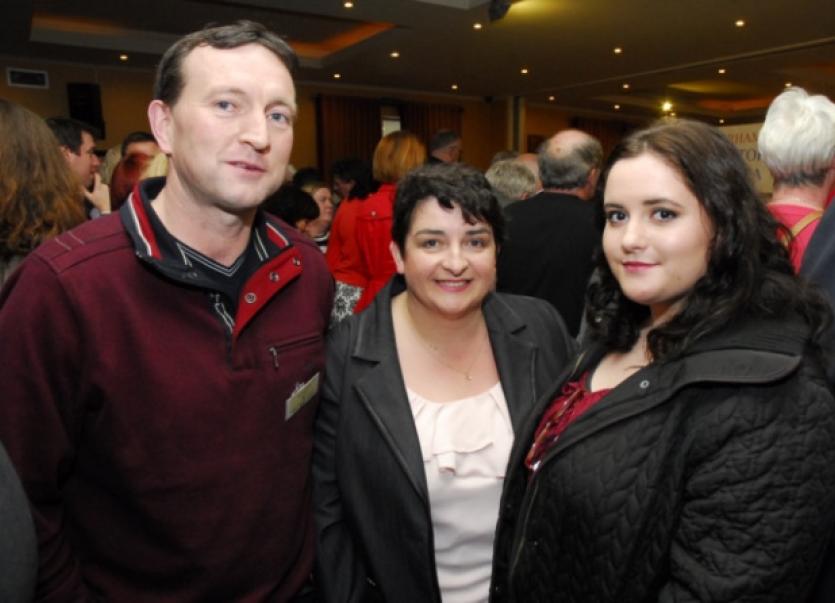 Fine Gael candidate Siobhan McGloin, told the Leitrim Observer that she was incredibly disappointed at losing her seat “not only for myself and my family but for my campaign team as well”.

Fine Gael candidate Siobhan McGloin, told the Leitrim Observer that she was incredibly disappointed at losing her seat “not only for myself and my family but for my campaign team as well”.

Mrs McGloin said she felt that the team had put in a fantastic canvas. “We knew that we were under pressure because of my geographical location and the fact that Kinlough wouldn’t be a strong area for a Fine Gael seat, but our big concern was the fact that approximately 3,000 votes were coming into the area through the addition of Dromahair and Drumkeerin and we were the furthest from that area”.

Despite the fact that Mrs McGloin and her team canvassed the Dromahair area every night for three weeks, she was only able to secure 47 votes there.

“That was good considering the fact that this was a new area and I was not known, but really I had a target I needed of 210 votes and that simply wasn’t possible,” she acknowledged.

Added to this was the clustering of candidates around the Kinlough area which split the vote.

“The former Dromahair area (now included in Manorhamilton) only had two candidates drawing on a possible 3,000 votes where we had five candidates in a very small area,” she said.

“We factored in to an extent that there would be a kick back against Fine Gael, but we didn’t realise how much that would be,” she added paying a special tribute to her campaign team, her supporters, Manorhamilton Director of Elections - Eddie Mitchell, her family, the cooks who fed her canvassers and everyone who helped out over the past few weeks.

The former councillor has beaten the odds against her and come back before after loosing her seat in 2004, but she says that she has yet to decide her political future.

“I think there has to be a lot of soul searching over the next few weeks. I won’t rule in or out running (for election) again,” she said.

“I have given 18 years of service to the Council and the people of Manohamilton. I was the first woman elected in the former Manorhamilton area and I am very proud of my record.

“I am bitterly disappointed not to get a seat but I’ve always been a community worker, even when I haven’t been on the Council and I will continue to do that. Now is the time for me to take time out and recharge.”