Fallon pledges to fight for equality 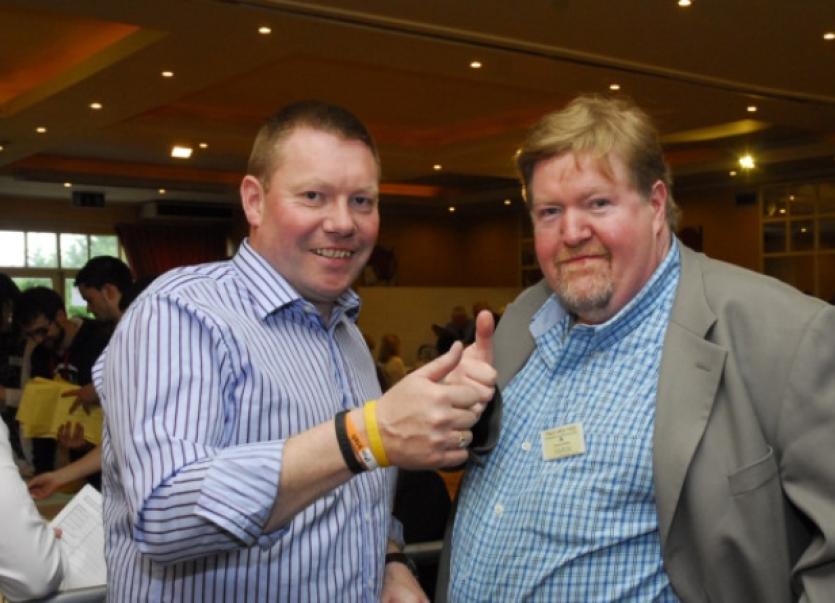 Padraig Fallon was widely tipped to secure a seat in the Manorhamilton Electoral Area but the strength of his vote was not something many had envisaged.

Padraig Fallon was widely tipped to secure a seat in the Manorhamilton Electoral Area but the strength of his vote was not something many had envisaged.

Having received almost 100 votes over the quota in the first count Padraig was elected to a huge cheer from his army of volunteers and he was quick to thank his team after his election.

“We were fortunate to have a strong and hard working team who gave up their time and their weekends and I would like to thank them for their efforts.”

When asked what the key to his success was Padraig replied, “I put it down to hard work. I came close five years ago, I was within 50 or 60 votes but I wasn’t as disappointed as some of the others on my team.”

Recalling that near miss five years ago Padraig commented, “Since the last election 18 people who worked on my team are now in Australia, Canada or America and I got huge support from them over the internet and Facebook.”

Speaking about his aims for the next five years Padraig said, “Ultimately I ran on the slogan of standing up for North Leitrim. There is a feeling that North Leitrim is not getting a fair share and that’s my commitment to try and achieve that.”

Padraig’s success was reflected in Sinn Féin’s success nationally and locally with Padraig commenting, “It is brilliant to win two seats in Ballinamore, we ran three very able candidates to secure two seats and the icing on the cake was winning a seat in the Carrick-on-Shannon electoral area. I believe it is the first time since 1920 a Councillor has been returned in Carrick-on-Shannon and the first time since the 1920s Sinn Fein have won four seats.”