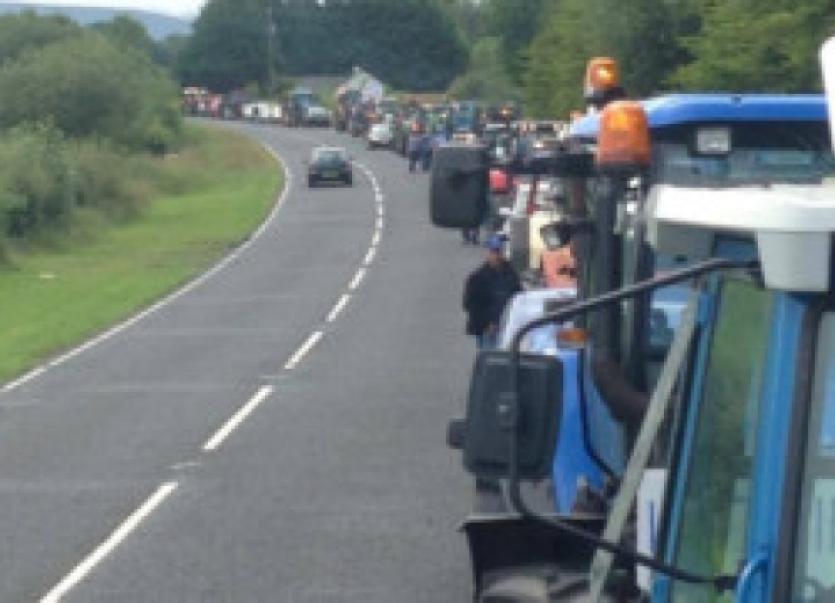 Up to 170 farm vehicles came out for a Tractor Run on Sunday in Fermanagh in support of the people protesting the situation in Belcoo.

Up to 170 farm vehicles came out for a Tractor Run on Sunday in Fermanagh in support of the people protesting the situation in Belcoo.

Speaking to the Observer following the event, a spokesperson for Love Leitrim said: “This is a huge show of cross community and cross border solidarity against the threat of fracking. Tamboran Resources moved into Belcoo, Co Fermanagh two weeks ago in the early hours of the morning erecting security fencing.

“Communities from both sides of the border have expressed shock and anger at the lack of consultation. Whether the company needs planning permission is still uncertain. It has also been confirmed from the Irish Petroleum Affairs Division that results of any drilling will be used in Southern Ireland to further the companies work programme there. This is while the public is led to believe there is currently a halt in the Republic while the EPA carry out research,” noted the Love Leitrim spokesperson.

Eddie Mitchell Chairperson of Love Leitrim who participated in the tractor run organised by Fermanagh groups said: “The number of tractors coming out today tells me one thing loud and clear. Fracking is not welcome on the island of Ireland North or South. This is the beginning of a movement that sees farmers fighting to protect their land and their families from this very real threat.”