Railway painting is County Library’s Picture of the Month 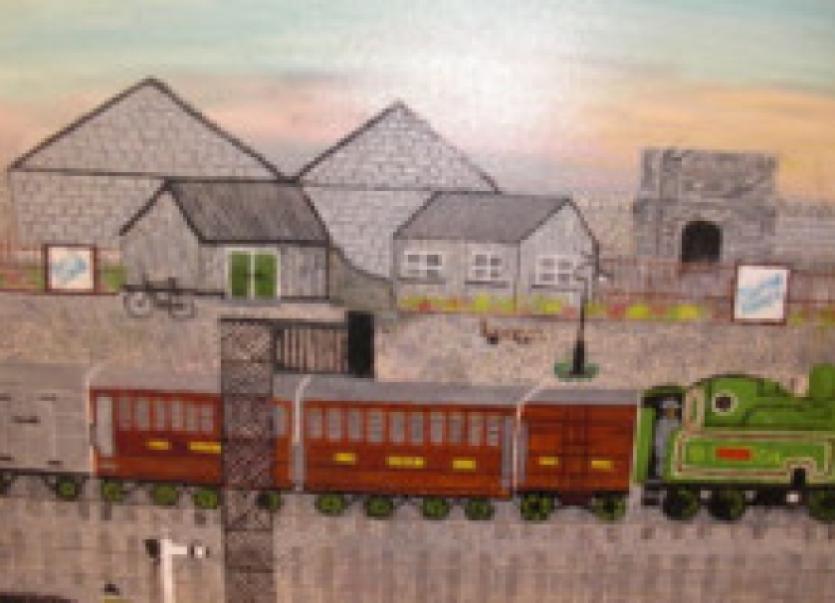 The Ballinamore Library ‘Picture of the Month’ for December is a beautiful painting of Ballinamore Railway Station by the late William (Willie) Burns.

The Ballinamore Library ‘Picture of the Month’ for December is a beautiful painting of Ballinamore Railway Station by the late William (Willie) Burns.

The painting was presented to Mary Conefrey on behalf of Leitrim County Library in June 2012.

This was on the occasion of the launch of Willie’s wonderful book, The Magpie and the Weasel: A Leitrim Memoir.

The painting is of Ballinamore Railway Station and includes a train which reflects the history of an event in 1917, when the train drivers refused to drive the train and convey a number of British soldiers from Ballinamore to Moill.

The Magpie and the Weasel: A Leitrim Memoir gives an account of the life of William Burns, who was born near Ballinamore in April 1919.

He describes growing up on a small farm and being part of a close-knit rural community, where both men and women had to work extremely hard to provide a basic living for themselves and their families. He recalls a working life that lasted over fifty years and included thirteen years with the Cavan and Leitrim Railway, known as the Narrow Gauge, which closed in 1959.

He remembers his thirty year membership of the army reserve, his love of fishing, gardening and wildlife and his involvement in a range of community organisation in County Leitrim.

Following his retirement Willie took up hobbies like painting and writing, hence, the nostalgic painting he donated to the Library and his memoir which is available for loan.

Sadly, Willie passed to his eternal reward on November 3rd last and he is resting peacefully in Oughteragh Cemetery, in his native Ballinamore.