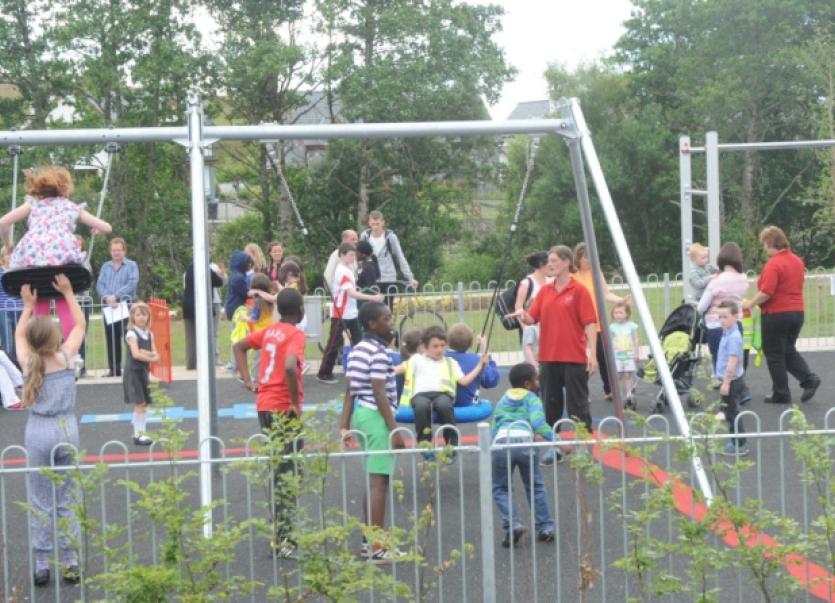 The completion of the park and the village lighting project concluded a very successful partnership between the Cootehall Community Group and the main providers of funding namely Roscommon County Council and Roscommon Leader Partnership.

As with many such projects the community was expected to raise a proportion of the required funds and the people of Cootehall, and the many sponsors of raffle prizes, gave generously to get the project over the line. On the day it was difficult to get the park and play area vacated for the opening ceremony as, since the contractor’s fencing came down, the new park has become a real focal point for the village not just for children but for all generations that can now take time out to appreciate the beauty of this riverside location.

Colm Lenehan, chairperson of the Cootehall Development Group, delivered the opening address giving thanks and recognition to the organisations involved namely Eamon McMorrow, Waterways Ireland, Majella Hunt, Roscommon County Council, Claire Carty and Martina Earley from Roscommon Leadership Partnership and Danny Mulryan from Mulryan Construction. He thanked his committee members and those that had contributed so generously by donations and sponsorship.

Colm concluded with a reminder that much more fundraising would be needed before the old Garda barracks could be safely converted into a community facility and a John McGahern interpretive centre.

Michael Spellman, Chairperson of Roscommon Leader Partnership, acknowledged the wonderful work of the community and said he was very happy for RLP to be involved with a project that would provide much enjoyment for generations to come.

The Cathaoirleach, John Cummins, on his first official opening since being elected, acknowledged the excellent work by Roscommon County Council and Roscommon Leader Partnership in bringing a complex project to such a successful conclusion.

He also emphasised the importance and value of having a vibrant community adding that these projects just would not happen were it not for the level of community engagement shown in Cootehall.