The Ming Effect in full force as
Fitzmaurice elected to Dáil 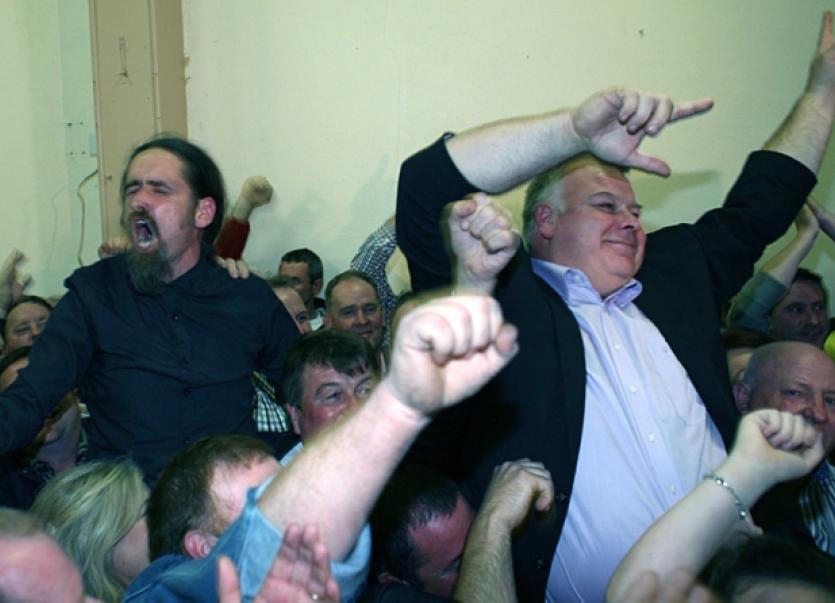 Call it the Ming Effect or call it what you will, there can be no denying the tidal wave of support which lay behind Independent candidate, Michael Fitzmaurice’s successful bid for a Dáil seat in last week’s Roscommon/South Leitrim bye-election.

Call it the Ming Effect or call it what you will, there can be no denying the tidal wave of support which lay behind Independent candidate, Michael Fitzmaurice’s successful bid for a Dáil seat in last week’s Roscommon/South Leitrim bye-election.

Many believed that the bye-election was Ivan Connaughton’s to loose but the writing was on the wall before the tallies were even finished. Connaughton simply didn’t have enough first preference votes to clear the threat that Fitzmaurice posed.

From 10am on the day of the count, it became a waiting game, a wait to have Fitzmaurice formally elected. That wait finally ended shortly after 9pm as the transfers from Sinn Féin’s Martin Kenny and Fine Gael’s Maura Hopkins pushed the Independent candidate firmly in front.

MEP Luke Ming Flanagan, whose successful election to Europe necessitated the bye-election, was delighted to be there to witness Fitzmaurice’s success

“It’s a good day for Ireland. It’s a great day for Roscommon/South Leitrim. I think that this has shown that we are not parish pump politics. We are not here to take part, we are here to take over,” he said adding that Kilkenny and the coming bye-election following Phil Hogan’s departure for Europe was the next seat he and Fitzmaurice would be targeting.

Ming said that it was now the responsibility of all the Independents in the Dáil to come together and “come up with a system where they can actually run this country”.

The newly elected Independent TD didn’t appear at the Douglas Hyde Centre until very late in the proceedings, telling the assembled crowd that he had been delayed as he “had cattle to move”.

He was greeted like a victor with roars and cheers erupting from the minute he entered the building.

Speaking with the Leitrim Observer the newly elected TD, Michael Fitzmaurice assured the people of Leitrim that he would not forget them.

Deputy Fitzmaurice added that he had spent a lot of time in Co Leitrim over the turf cutting issues, through the organisation of meetings in recent years and was extremely grateful to the people of the county who supported his election bid.

“I have travelled to the four parts of this country to unite those who have suffered injustices against them and I will stand by the people of Leitrim because that’s the way I operate,” he said.

As for Ming, he not only claims that the constituency will benefit from the representation provided by Fitzmaurice, he believes the newly elected Independent “will become a phenomenon” in the Dáil.