Rinn now home to state of the art sports facilities 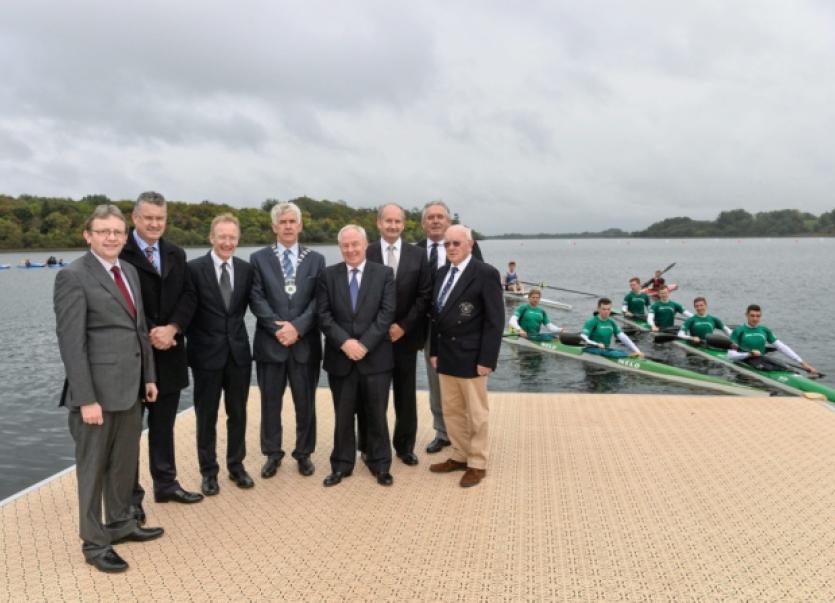 Providing the first permanent kayak/sprint course and only the second permanent rowing course in the country, The Lough Rinn International Rowing Facility looks set to attract rowing and canoeing enthusiasts from across the island of Ireland and further afield.

Providing the first permanent kayak/sprint course and only the second permanent rowing course in the country, The Lough Rinn International Rowing Facility looks set to attract rowing and canoeing enthusiasts from across the island of Ireland and further afield.

Commenting on the importance of the new rowing facility to Leitrim, Frank Curran, CEO of Leitrim County Council said, “Today’s launch really is a milestone for Leitrim, the development of this facility will not only raise the profile of Leitrim in a sporting sense but will also have a considerable impact on the local economy and tourism industry.

“By its very location, this new facility will be extremely accessible for rowing clubs and teams from Northern Ireland, Dublin and the UK.”

The centre is a 162 hectare lake which is 3,000 metres in length and ideally suited for rowing and the development project has seen the creation of an eight-Lane Albano Rowing Course and Anchorage which is multi-functional and adjustable to meet rowing standards as specified by FISA.

It is also adjustable to meet requirements of International Canoe Federation Canoe Sprint Competition Rules. In addition, a launch pontoon and slipway have been developed and an amenity block building has been refurbished.

Leitrim County Council Cathaoirleach, Cllr Paddy O’Rourke welcomed this “very significant development” adding that “all credit must be given to all involved in the project from the very beginning.”

Con Cronin, President of Rowing Ireland, thanked Leitrim County Council for their pioneering vision and also paid tribute to the Minister and the Government for funding the facility.

“It is only the second permanent rowing facility in Ireland and that is significant,” he noted adding it would be a great boost to the region.

He also took the opportunity to highlight the very important role played by the Carrick-on-Shannon Rowing Club in helping to make this unique development turn into a reality, pledging the support of Rowing Ireland in securing National and International events for Lough Rinn.

To further this plan, Leitrim County Council and Rowing Ireland have already established a committee to look into future events at the site.

Canoeing Ireland President, Mark Clinton added his congratulations highlighting the importance of the facility as the first permanent Canoe/Kayak sprint course in Ireland.

“We look forward to further investment in the development of starting and finishing facilities” (planned as part of Phase 2 of the project), he told the crowd before taking the opportunity to thank the local anglers who now share the beautiful surrounds of Lough Rinn with other sporting enthusiasts.

“I now encourage the people of Mohill to start their own canoeing club on Lough Rinn,” he said.

But perhaps the proudest of those special guests in attendance were the members of Carrick-on-Shannon Rowing Club. Not only is the club one of the oldest in Ireland it was instrumental in bringing the concept of a world class facility in Lough Rinn to the attention of Leitrim County Council.

Mark Butler, spokesperson for Carrick-on-Shannon Rowing Club, said the facility was an amazing achievement for the community and sports involved.

“I’d like to pay tribute to the vision and strategy employed by Leitrim County Council, for looking at ways to develop tourism through Sport and Recreation,” he said.

“We are delighted to see phase one completed and wish all who use it every enjoyment.”

Special tributes were also paid to the engineers, sub contractors and all involved in completing the works of phase one.

It is hoped that funding can be secured to complete the second phase of the project.