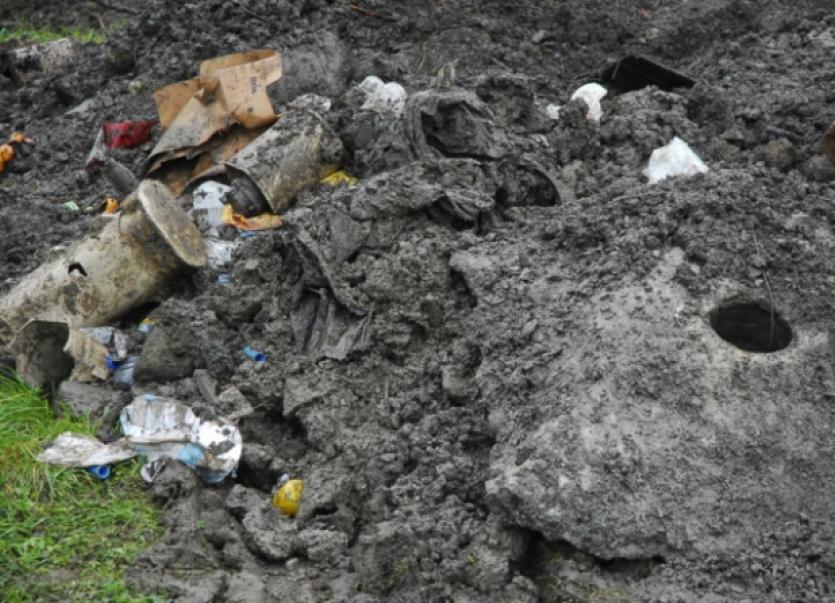 Locals in the Dromod/Bornacoola area have reacted with anger at the dumping of residential water meters on the Dromod to Gubagraffey road near the village.

Locals in the Dromod/Bornacoola area have reacted with anger at the dumping of residential water meters on the Dromod to Gubagraffey road near the village.

The meters, which were originally installed several years ago, were dug up from houses on the Clonturk Road outside the town near the Bornacoola GAA grounds.

These water meters are currently being replaced by new ones as part of the nationwide installation of residential water meters by Sierra on behalf of the controversial water utility Irish Water.

As our photo shows, the meters were dumped on a grassy lay-by on what is locally known as the ‘bog road’. The portion of land that the meters have been discarded on is said locally to be owned by two individuals from the Annaduff area.

Speaking to the Observer yesterday (Tuesday), Dromod based Fianna Fail Councillor Sean McGowan confirmed that he had been in dialogue with Irish Water who informed him they were unaware that the contractors, Sierra, were depositing the water meters next to a public road. Cllr McGowan said that Irish Water had assured him that they had immediately contacted Sierra in order to resolve the issue as speedily as possible.

“Irish Water have informed me that they were unaware that this was happening but have assured me that this eyesore will be removed as quickly as possible,” he said.

He continued: “Given the controversy which surrounds Irish Water, this is no way to find favour with the people of both County Leitrim and Ireland. We are always trying sell Leitrim as a tourist spot and although this happened on a secondary road, it certainly does not help either Dromod or Leitrim’s image.”