Zara looks back on her time as Leitrim Rose 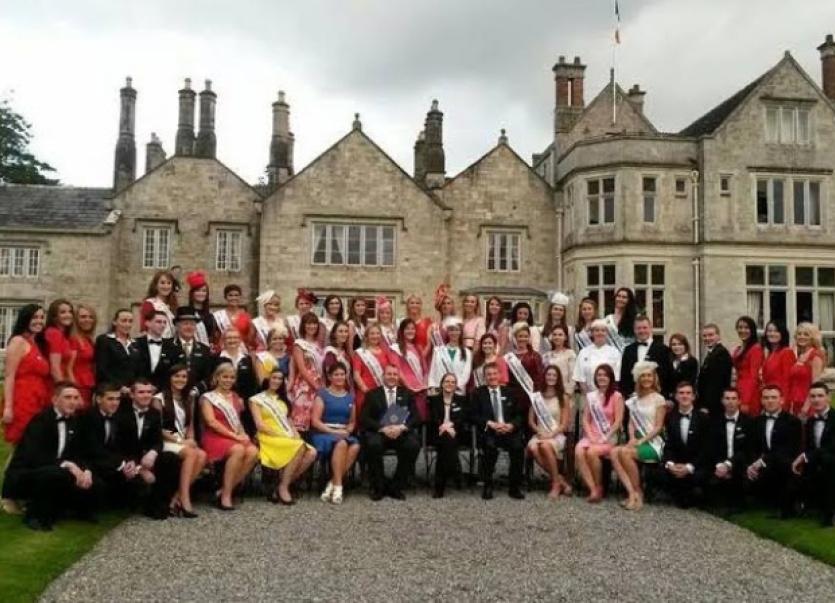 As her time as Leitrim Rose of Tralee draws to an end Carrick Zara Healy looks back on the last 12 months when she acted as ambassador for the county.

As her time as Leitrim Rose of Tralee draws to an end Carrick Zara Healy looks back on the last 12 months when she acted as ambassador for the county.

A new Rose is due to be selected on May 3 with organisers calling for girls between 18 and 28 to apply.

Zara told the Observer “Last year on the May Bank Holiday weekend I was encouraged by my friend to enter the Leitrim Rose, I was sponsored by my father’s business, Flynns Pub & Take Away for the event. We had such an enjoyable night in The Bush Hotel with family and friends of all the contestants and I was thrilled to be crowned Leitrim Rose 2014. Next stop was Portlaoise for the Regional finals on the June bank holiday weekend. These finals were held over three nights with 60 contestants. The few days in Portlaoise were incredible, we visited hospitals and schools and the Rose tour was so warmly welcomed everywhere we went. I savoured the experience and enjoyed myself immensely never thinking I would get through to Tralee. I was stunned when I heard my name called as one of the 32 International Roses headed for Tralee. The summer passed in an exhilarating flurry of preparation and promotion of my role as Leitrim Rose and the rose tour coming to Leitrim.

“The people of Leitrim were so supportive and I also want to thank The Leitrim Observer for all the coverage and publicity that they gave to the Rose of Tralee Centre. It was a very special year as Leitrim was chosen as the County the Rose tour would visit. So in August I had the honour of welcoming all the Roses. We stayed in Lough Rynn and the hospitality of the staff there was outstanding. We visited The Arigna mines and Strokestown house but the highlight of our tour for me had to be coming to Carrick. Moon River was docked at Dromod and we voyaged in style up the Shannon to Carrick. As we approached the Quays I could not believe the crowds that had turned out to welcome us. So many were there, cheering, waving flags, smiling and laughing - What an atmosphere.

“And then it was time for Tralee. We were treated like queens and indeed we felt like royalty all through the festival, taking part in the parade, all the celebrations, all the publicity, signing autographs, seeing family and friends there, all so happy and excited. The atmosphere was electric. And finally Maria Walsh was crowned the International Rose of Tralee 2015. We all felt like winners because representing our county had been the prize.

“In January I welcomed Maria to Leitrim and we visited my old primary school Scoil Mhuire and met with local people in the Bush hotel, we also visited local businesses.

“In February we travelled to Vesnova with Adi Riche and in finally in March we were in New York and marched in St Patrick’s day parade.

It has been an incredible year. I feel very privileged to have been chosen as the Leitrim Rose and to be given a chance to represent my county in this role. It was an opportunity of a life time and I will cherish the memories always. I couldn’t recommend this experience enough.”

To apply to be a Rose, you must complete a Rose application form that includes the following eligibility criteria:

a) Be 18 years of age by January 1st and will not have reached your 28th birthday on or prior to the following September 1st.

b) Be unmarried or never been married.

d) For applicants residing outside the island of Ireland - be living in the region you wish to represent for a minimum of one year and recommend that if selected as the Rose that you will remain resident in this region for the following 12 months.

e) Never have previously represented any Centre as a Rose in the Regional Festival or International Rose of Tralee Selection.