The human side to home repossessions 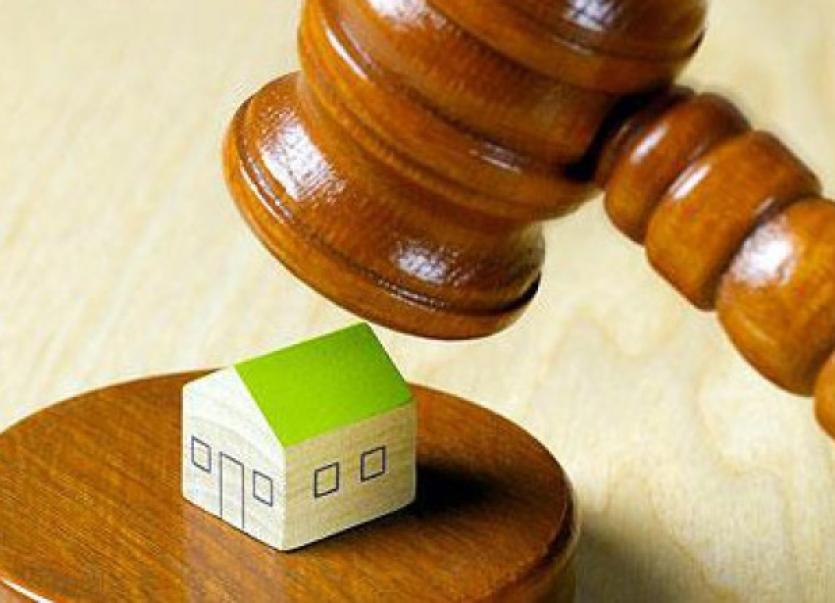 An afternoon in a County Registrar’s Court gives an insight into how the economic crash has affected some people, how difficult times have visited them as they struggle to hold onto what they have.

An afternoon in a County Registrar’s Court gives an insight into how the economic crash has affected some people, how difficult times have visited them as they struggle to hold onto what they have.

Last Thursday’s sitting of the above court in Carrick-on-Shannon saw a large number of applications come before the Acting County Registrar, Joe Smith.

As applications for possession orders were made, Mr Smith, Registrar in Cavan/Monaghan, cast a sympathetic ear to those who found themselves before the court and at the mercy of the financial institutions seeking to repossess properties.

A number of respondents were present in court, or were legally represented, as they sought time and space to get their affairs in order and come to some mutually beneficial arrangement with the lenders.

One lady who was appearing before the court for the very first time was visibly shaking when I spoke to her outside following her case.

She was before the court facing an application from Ulster Bank for the repossesion of her property. They stated she was over €49,000 in arrears to them and owed a balance of €252,000.

She told Mr Smith that her circumstances have now changed and she was seeking an adjournment of one year to allow her business to get up and running.

Mr Smith initially granted an adjournment until next November but following the intervention of a member of the Land League present in court, he agreed to put the matter back to next February to allow her breathing space over Christmas.

Afterwards, she described the whole process as “very nerve-wracking.”

“I have been in ill health,” she said, and was keen to stress that she did not receive letters from the bank which was stated in court.

The support of the Land League has been very welcome, she added. The organisation is trying to help people but are not given any access to the cases beforehand.

The lady involved in the case said she has now got the assistance of a personal insolvency practitioner to deal with the bank on her behalf.

She was also very appreciative of the sympathetic way the Registrar dealt with her case.

“He showed a bit of heart and gave me some breathing space, I hope this gives me a chance to get back on my feet,” she said.

It was clear that Mr Smith was not minded to grant immediate possession orders against principal private residences, instead allowing the respondents time to sort out their affairs.

Another application for a possession order by Ulster Bank was contested by a lady who told the court she has been looking for documents off the bank since 2011 and that she and her husband would pay everything on receipt of those documents.

She said she has made a data information request from the bank but got nothing from them that she hadn’t already received before.

Mr Smith granted her an order for discovery of the documents requested by her.

Speaking afterwards, she said this was her third time in court and she was now used to dealing with the process.

She said she feels the Registrar is “very kind and makes me feel at ease.”

Another case involving KBC Bank was for the repossession of a family home. The court heard the respondents were making capital and interest repayments. They are approximately €20,000 in arrears but have agreed repayments over six months to show their bona fides.

The solicitor said the bank was seeking the order as there was no repayment in March.

However, the solicitor for the respondent said it was his understanding that all payments are being made and there has been no mention of a payment being missed.

Mr Smith said there is a lot of effort being made and he adjourned the matter until next October.

Other cases were also adjourned including a dairy farmer who is heavily leveraged and is hoping to make an adjustment or recapitalise a loan.

One possession order was granted in respect of a property in Tullaghan which was not the family home and was purchased as an investment property. The last repayment was made in December 2011 with an outstanding balance of €124,400. Mr Smith put a four month stay on the order.