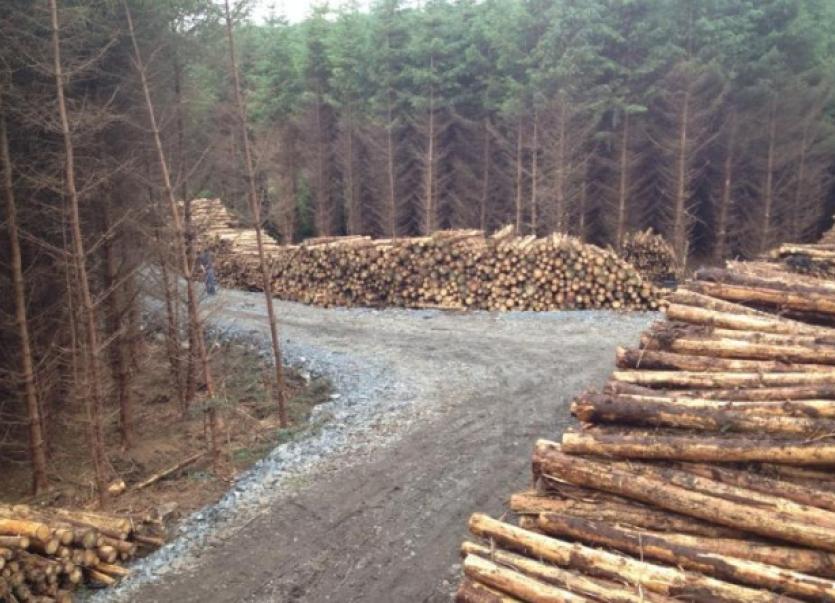 Sinn Féin north Leitrim councillor, Padraig Fallon , has expressed concern over the increasing afforestation levels in Co Leitrim and the lack of support for farmers who wish to farm the land.

Sinn Féin north Leitrim councillor, Padraig Fallon , has expressed concern over the increasing afforestation levels in Co Leitrim and the lack of support for farmers who wish to farm the land.

In a statement issued to the Leitrim Observer this week, Cllr Fallon said that forestry is now replacing families and communities in rural Ireland.

“In the context of sustainable rural communities and addressing rural decline, the issue of afforestation needs to be examined. There is an aging population of farmers in Co Leitrim and less people taking up farming. Leitrim has been hit hard by emigration in recent years,” he told our reporter.

“When a piece of land comes available on the market, the reality is that farmers in Co Leitrim can’t compete with the forest investment fund when it comes to buying land.

“I am aware of a case where a farmer approached his bank seeking funds to purchase a small holding, he was denied approval however he was told that if he were to seek the loan to plant the land funds would be made available.”

Posing the question of whether afforestation is displacing persons in rural communities, Cllr Fallon said: “I believe it is. I am not anti-forestry, it has a place and I respect individual farmer’s decision to plant their land.

“Sinn Fein recently launched its Stand up for the West campaign where it is calling for more protection for rural communities to prevent the decline and eradication of communities.

“The same incentives and supports that are available to those wishing to plant forestry should be made available to farmers who wish to farm the land.

“If we are serious about building sustainable rural communities we must ensure that those farming in communities have equal access to funds when land becomes available,” he insisted.