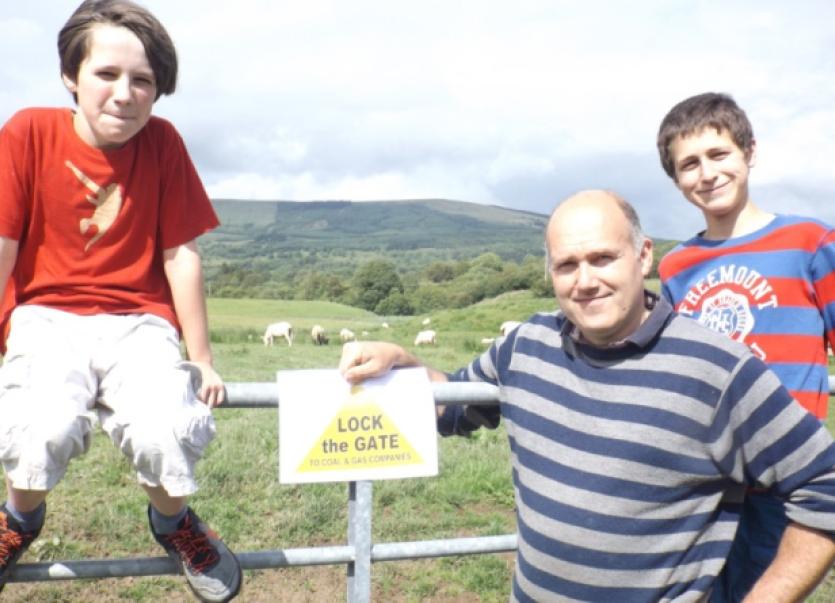 Love Leitrim is calling on landowners in Leitrim to refuse access on to their land to a survey being carried out across the North West by the Dublin Institute of Advanced Studies (DIAS).

Love Leitrim is calling on landowners in Leitrim to refuse access on to their land to a survey being carried out across the North West by the Dublin Institute of Advanced Studies (DIAS).

The DIAS is carrying out a research programme that aims to understand the geology of the Northwest Carboniferous Basin (Leitrim, Cavan and Fermanagh) to assess the potential for sequestration and long-term storage of man-made carbon dioxide, as part of Ireland’s commitment to reducing its carbon footprint. According to the institute’s documents it is an independent research project working with the Geological Survey of Ireland (GSI) and the Geological Survey of NI. They state, “We are not affiliated with any exploration company involved in shale gas exploration.”

Love Leitrim are calling the survey “another exploratory threat that could facilitate the introduction of fracking into Ireland.” The anti fracking group are calling for a halt of the ongoing petroleum prospecting activity on the ground without local consultation and ask whether ministerial consent has been granted for this activity.

The DIAS say the method Magnetotellurics “is a non-invasive, nondestructive, geophysical imaging method.” It includes highly-sensitive recording instruments, which the DIAS say “will cause no damage to fields and offers no risk to crops and livestock.” The instrument will remain on site for one to three days and nights. The survey will be carried out between July 15 and August 30.

Love Leitrim call the survey a “threat” and point out a previous study in 2008 concluded that carbon storage in the North West “would result in high well pressures and an unacceptable risk of well failure.” Following that conclusion, they suggest it looks like the industry is trying to get around the Irish moratorium and is really searching for gas without a petroleum prospecting licence.” Magnetotelluric surveys have been used to source oil and gas worldwide.

Eddie Mitchell from Love Leitrim notes there has been no consultation about this testing and says “it is occurring when the Dail and Stormont are about to go into recess. We now ask our landowners to consider this threat seriously, and respectfully not give permission to let DIAS onto their land.”