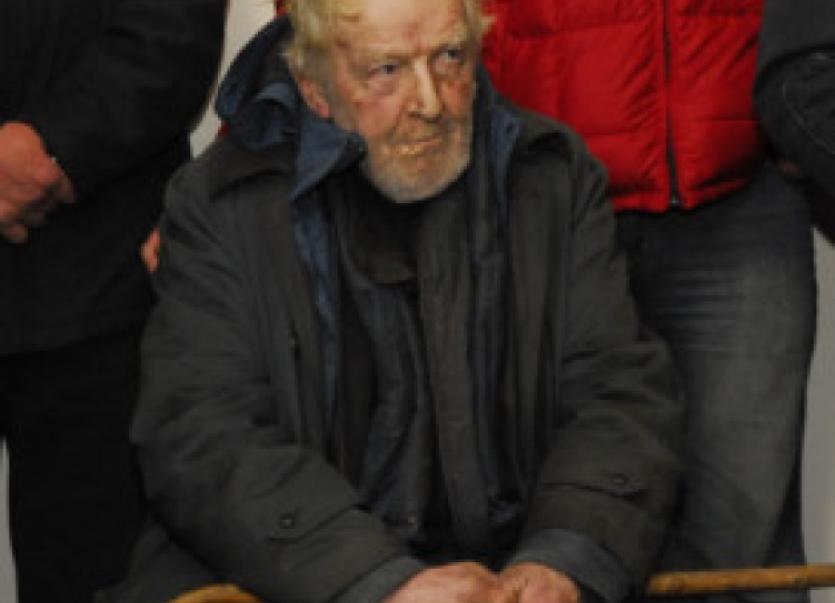 IFA members are demanding fair play and fair payment under the new round of CAP, writes Leonie McKiernan.

IFA members are demanding fair play and fair payment under the new round of CAP, writes Leonie McKiernan.

Addressing the meeting last Thursday a number of farmers said that they were fearful that smaller farmers would be the losers in future farm payments.

IFA President, John Bryan had to defend the organisation’s policy on CAP reforms in the face of mounting criticism that the organisation is favouring policies which would benefit larger producers.

Over 100 farmers and anti-fracking protestors protested before the start of the meeting in the Lough Allen Hotel and there was also anger and frustration in evidence from IFA members who said that they faced spiralling costs and falling incomes.

“We just can’t go on,” one elderly farmer told the Leitrim Observer. “I’m afraid for the future and I’m not the only one.”

Michael McManus from the Carrick-on-Shannon Branch of the IFA pointed out that farmers in Co Leitrim just wanted equality.

“If you have very good land its easier to be productive. If you are farming bad land you’ve more problems and you have to work hard to be productive and that has to be reflected in the payments that farmers get,” he said.

Trevor Kelly from Castlrea IFA agreed noting that “big farmers are still being paid the big money and yet you say that the IFA won’t support paying armchair farmers. I have farmers round me who have planted the land. They don’t work the land. It’s a f***ing disgrace what we are being paid,” he said. There was also anger from leading members of the IFA local branches with the Chairperson of the Arigna Branch attacking Connacht Vice President, Padraig Divilly over a recent article in the national press which he said gave an incorrect picture of the situation in Co Leitrim.

“You said in that article a farmer in Co Leitrim was earning €520 per hectare. He might reside in Co Leitrim but he’s not farming in Co Leitrim,” the Arigna Chairperson said to cheers from the crowd. “It’s not easy farming east of Shannon.”

Responding, Mr Divilly said that there were “as many people in CO Leitrim getting over €100,000 in payments as there are in my own county, Galway. I don’t know where they are farming but they are living here,” he maintained.

Co Leitrim farmer, Sean McLoughlin, said that farmers had a right to be sceptical as the original Disadvantaged Area payment had initially been only for counties like Leitrim “but that has now gone to a lot of other counties who aren’t farming land like Leitrim,” he said.

“We’re still here, still in a disadvantaged area and we’ve now lost our REPS and everything. Co Leitrim is being hit left right and centre and the IFA needs to take a much stronger stand on this,” he said.

One farmer said that he had been a member of the IFA for 30 years and was frustrated with the IFA. He said there was “not the same determination to bring up the payments of small farmers as there were arguments given against bringing down the payments to big farmers.

“I wouldn’t want the organisation to split but I think that the province of Connacht should be a united organisation within the IFA and not be led by the nose by big farmers,” he argued.

“Fighting amongst ourselves will only give fodder to the media,” agreed one member from the floor “we need to present a united front here tonight and we need a reasonable stocking rate or no payment,” he said.

IFA President, John Bryan agreed that further cuts to Disadvantaged Area payments “can’t be tolerated”. He said that the payment was vital and it was vital that the money be secured to guarantee a properly funded scheme in the future.

“I agree that the gap between the less severely and more severely disadvantaged areas under this scheme is not big enough. That has to be addressed,” he acknowledged.

Mr Bryan said that it was clear that productive farmers should be the one’s rewarded and he also acknowledged that the IFA were aware of the concerns of smaller farmers. “We want productive farmers to be rewarded and in order to do that we have to secure the best deal we can for Ireland and that’s what we’ve been working for a number of years now,” he maintained. “We need to be united on this. We need to work together to ensure that deal and to secure the match funding from the Government.”

The IFA leader argued that the organisation was working for the benefit of all members and he said that the IFA simply couldn’t ignore the rights of all members regardless of what they were earning. He urged members to be proactive and to petition their local and national political representatives stressed that the organisation was working for the benefit of everyone. “We want a proper REPS scheme. We want 50/50 funding, we want coupling and we want a productive farmers to be rewarded with a minimum stocking rate and no payments for those who aren’t working the land. That’s what we’re working at,” he told the crowd.

“You are our members. Come and speak to us and we will do our best to help,” he said. “But know that we have to work together to succeed. We need to show a united front”.