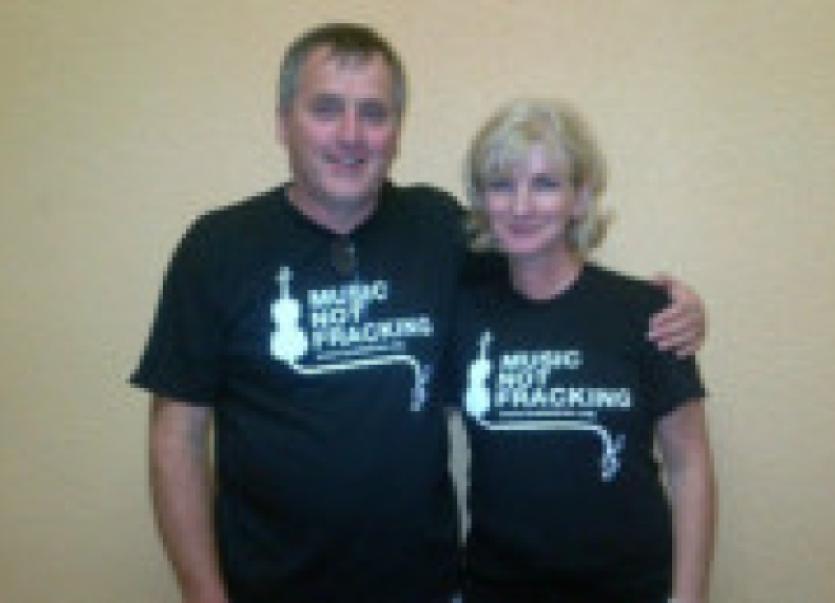 Arun Gandhi, the grandson of Mahatma Gandhi was one of the international human rights figures to congratulate Love Leitrim who received a Save our Planet award

Arun Gandhi, the grandson of Mahatma Gandhi was one of the international human rights figures to congratulate Love Leitrim who received a Save our Planet award

The anti fracking group were presented with their award on Sunday, August 11 in the Clarion Hotel, Sligo. The new awards are designed to recognise the contribution of local environmental heroes to their communities, both locally and nationally.

Gandhi after offering his “hearty congratulations” said of the oil and gas industry, “They have no concern for future generations and the consequences of poisoning the earth with chemicals that will eventually make the soil worthless.”

He urged a move away from short term thinking and rewarding corporate interests. “Are we going to sell our souls and the souls of succeeding generations to the avarice of the few today?”

Love Leitrim group are no strangers to building international links. They are behind the farming not fracking logo that has gained international notoriety and adopted as far away as New Mexico. They also have garnered the support of high profile stars to the campaign including Christy Moore, Glen Hansard, Kila and Eleanor Shanley amongst others along with comedians Katherine Lynch and John Colleary.

Eddie Mitchell of Love Leitrim was delighted to accept the award on behalf of the group and said, “Love Leitrim is everyone in this room and beyond nationally and internationally. We are not anti-development we are pro-development. “Everyone has a role to play in stopping fracking which is a threat to the sustainability of our environment, indigenous industries, as well as the health of our communities. The campaign will not stop until it protects all the things we love about Ireland by banning fracking.”

It was a busy weekend as artists in the region took individual stands to raise the threat from fracking to local and international communities.

Top Irish traditional band Kila made a show of solidarity between Ireland and the village of Balcome in England who are peacefully resisting fracking. Rossa O Snodaigh spoke on stage of the need of communities under threat in Ireland to stand with this “ rural village “ to applause. He then dedicated his whistle composition “Waggeldy toes” to them.

Sharon Shannon was ‘Loving music not fracking’ in her set at the Sligo Summerfest wearing Love Leitrim’s new tee shirt to a packed crowd.

And Eleanor Shanley showed her support of anti-fracking communities speaking out, when in the heartland of Kiltyclogher in the Michael Shanley Traditional Music Festival.