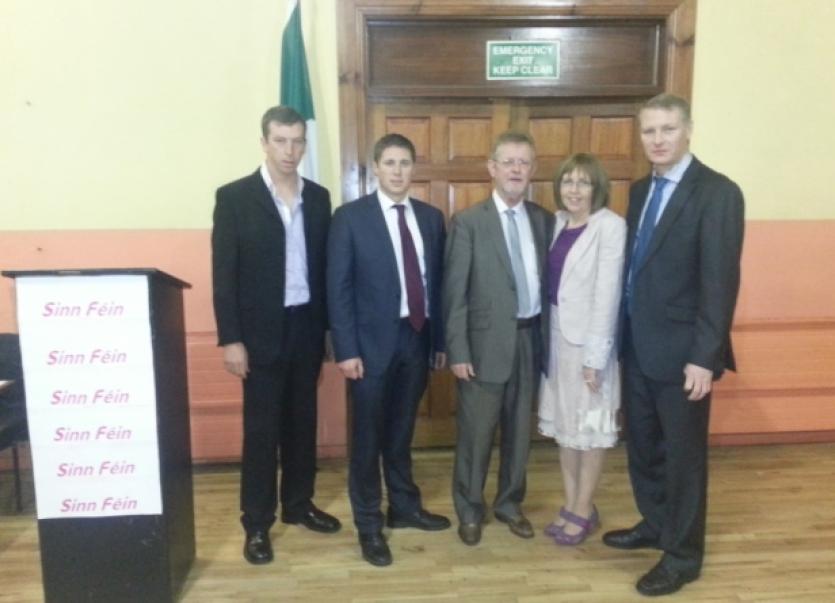 Cllr Martin Kenny and Maureen Martin who contested the last local election will be joined on the ticket by Brendan Barry from Drumshanbo.

The packed convention was held in Ballinamore Community Centre and was attended by members and supporters from across the area.

Eamon Nolan on behalf of the Election Dept pointed out that the new Ballinamore area has the largest Sinn Fein membership per head of population in the 26 counties and in previous electoral contests has consistently secured at least 10% above Sinn Féin’s national average.

All three local candidates spoke about the harsh budget, emigration and the absence of employment opportunities. Austerity, the refusal of medical cards to those most in need and the setting up of Irish Water were all discussed. The candidates stated their commitment to winning a seat in the election next May.

Deputy Colreavy told the gathering that the three candidates will certainly shake up this local election and the system if they all get elected.