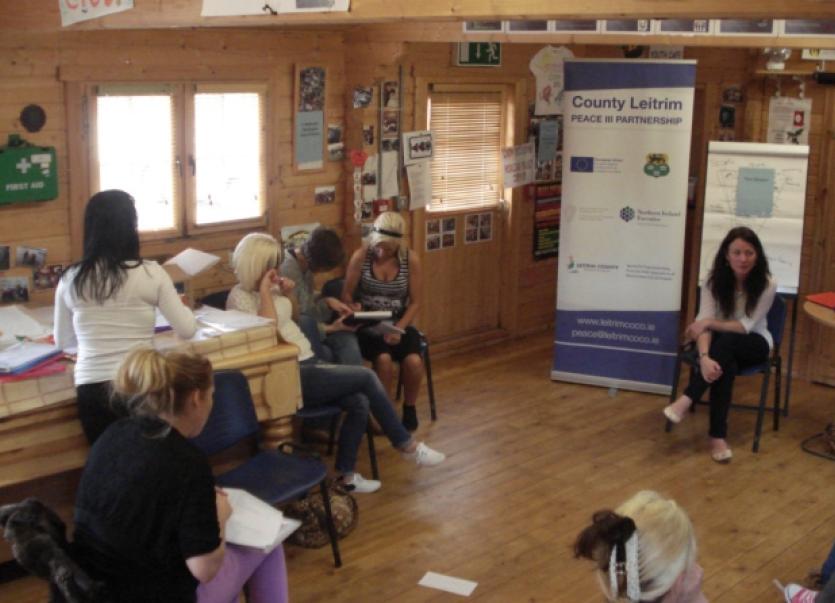 Many anti-racism practitioners say that racism arises in the first place from lack of awareness and understanding of the racially stereotyped and disrespected culture by those who behave in a racist manner.

It is probably here that the Young Traveller Women Project has most to contribute as most settled people in Leitrim are unaware of the impact of racism and discrimination on members of the Traveller community.

Run by Breakthrough Consultancy, with the assistance of nationally recognised Traveller educators and development workers such as Catherine Joyce, Hannagh McGinley and Bridget Kelly, the programme is funded by The European Union’s European Regional Development Fund, which is managed by the Special EU Programmes Body and Leitrim Peace & Reconciliation Partnership Committee on behalf of Leitrim County Council.

Research outlines how Travellers are a particularly disadvantaged group in Irish society.

They are regarded as a cultural minority in Ireland and equality legislation prohibits unequal treatment of Travellers.

Members are severely disadvantaged in terms of education, have a reduced life expectancy; a higher infant mortality rate and a higher rate of early death.

Add to this the fact that the rate of suicide among members of the Travelling community is 4 times greater than that among the remaining Irish population.