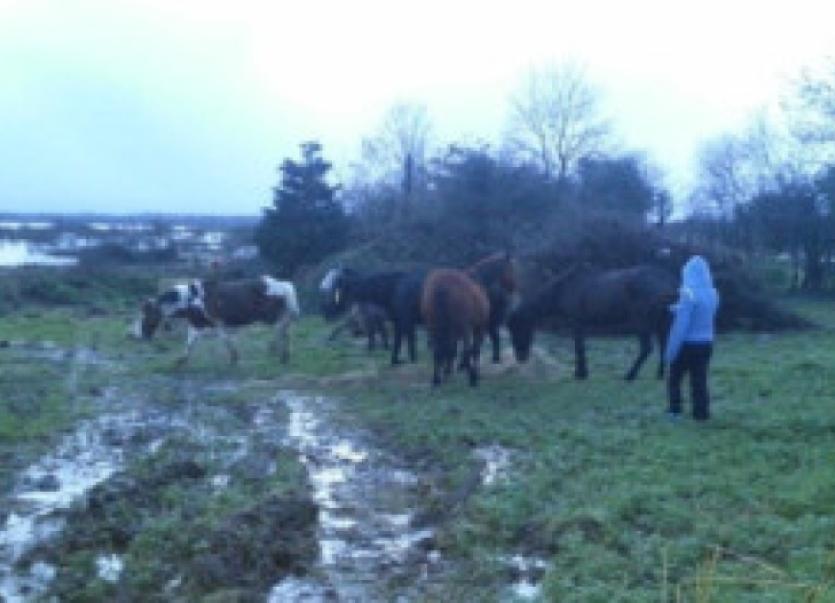 Five horses had a lucky escape on Friday, December 27 after they were rescued from the River Shannon near Carrick-on-Shannon.

Five horses had a lucky escape on Friday, December 27 after they were rescued from the River Shannon near Carrick-on-Shannon.

The horses were spotted by a passer-by who managed to get two of them to safety but a spokesperson for local charity Hungry Horse Outside said that the other three had gotten “in severe difficulty” and required specialised assistance.

Leitrim Civil Defence were contacted and immediately launched boats which they used to help rescue the three remaining animals.

Hilary Robinson, founding member of Hungry Horse Outside, said that the intervention of the Civil Defence saved the lives of these animals.

“We had been called around 1pm on Friday about the animals and we think they were stuck in this water for a few days before that. A local farmer had led two of the animals to safety but we tried everything and we couldn’t help the other horses. The current was quite strong and the water was well up on the bellies of the horses who were stuck on a reed bed. The animals were just terrified and cold,” she said.

She paid tribute to the members of the Leitrim Civil Defence for their assistance and said how they managed to halter one horse and lead it and the others to land.”

A video on the organisation’s Facebook Page shows one of the horses shivering with the cold after being saved. A big thank you to Joseph Delaney and his daughter who also assisted Hungry Horse Outside with the rescue.

The horses are all being cared for in a housing estate in the town with feed provided by Hungry Horse Outside. The Council are now looking to establish the ownership of the animals. If you have any information please contact Leitrim County Council on (071) 9620005 and ask for County Veterinary Officer, James Madden.

If you would like to assist Hungry Horse Outside then why not consider making a cash donation or, if you have surplus hay or straw or grazing, or, if you could provide hoof oil, wound spray or power, buckets, water containers or other equine essentials all will be put to good use. See the website www.hungryhorseoutside.com for more information.