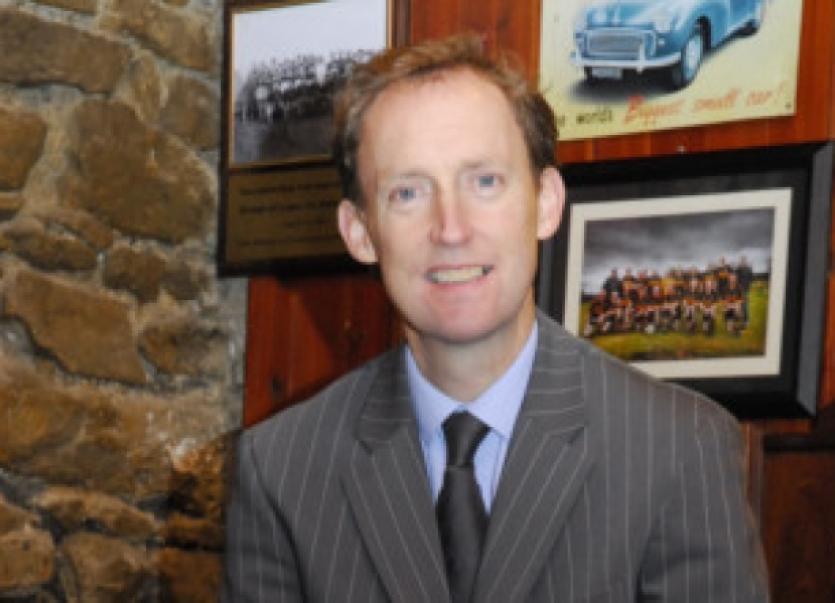 Austerity is one thing to battle but overcoming negative vibes about the charity sector is a battle that GOAL Chief Executive Officer Barry Andrews belives is being won. Barry Andrews, CEO of third world aid agency GOAL, chats to the Leitrim Observer about the challenges facing his organisation and why people should support the popular GOAL Miles in the coming weeks.

Austerity is one thing to battle but overcoming negative vibes about the charity sector is a battle that GOAL Chief Executive Officer Barry Andrews belives is being won.

Barry Andrews, CEO of third world aid agency GOAL, chats to the Leitrim Observer about the challenges facing his organisation and why people should support the popular GOAL Miles in the coming weeks.

As GOAL gear up for their major fundraising campaign, the GOAL Mile, Barry believes that despite harsh economic times and controversy over top-ups and the use of charitable donations, the people of Ireland will respond to worthy causes.

“There is a thing called the World Giving Index and Ireland is top of that despite everything that has happened in the last five years. Globally, we are first in the world. That includes the money the Government gives for overseas aid and the money GOAL raises.

“It is hard to know what it is, some people say it is about our colonial past, some say it is the famine, some say the missions but it is a mix of all of these factors. There is really strong empathy out there.”

“Our GOAL Mile is a big thing for us and some people show up and they can’t give any money and that is fine too because awareness is important, education and solidarity and just showing up is a statement too, it is great for GOAL.

“That participation thing, that link for the community is something we want to protect and get through this austerity and improve the fundraising.”

Recent controversies over charitable donations to the CRC has hit Irish’s people legendary goodwill but Barry is adamant that those donating to GOAL have nothing to worry about - “We’re an internationally funded NGO, we’re constantly x-rayed by US Government, we constantly audited by the UK Government because we get money and the EU and the UN so we’re in a different space in terms of transperancy. They are constantly checking over our shoulders and we welcome that.

“Some of the other charities probably have to come up a couple of levels to restore confidence in the sector. Myself and other CEOs have to take this on and reassure people that the motivations are as good as they ever were.

“GOAL have always had a strong ethos of low administration costs and that is still very central to the way we work, lean and mean, and that has worked for us. We have to be clear about that and we have to be able to back it up.

“Sometimes it happens in the way people read stories and it happened with the CRC, people move from the particular to the general, they start saying that is all charities, they are all like that. It happened last year with creches, there was a Prime Time special about a single creche and suddenly it undermined the confidence in every creche and people were asking questions.

“So we are facing questions now, fine, we respect every question and we answer them all until people are satisfied.”

And Barry points to GOAL’s ever increasing worldwide commitment as evidence of the charity’s stand - “We are working in 15 countries, our budget is €80 million this year, up from €60 million which is a big jump but that doesn’t tell the story - we rather do €60 million of good work and €80 million of we’re not sure.

“That is all is positive for GOAL, it means that people are backing us, have faith in us and know we are a reliable partner in delivering aid to people who need it.”

The GOAL mile is even going worldwide with events in Melbourne this year when Sonia O’Sullivan and Zac Tuohy are getting involved but Barry is asking that people turn out inforce for the Leitrim events in Dromod on New Year’s Day and Mohill on Sunday, January 5.

Appealing for support, Barry said “There is a GOAL mile near you, get out there and show a bit of solidarity with people who are less fortunate than you. I’m not trying to be pious but that is what we’re looking for, people to get out there and be involved.

“We’re a strong Irish organisation. We have a great track record and the fact that our income has increased from €60 million to €80 million proves we are seen as a very serious player, we’re trusted and that things have moved on in GOAL, that we are ready to move on to our next stage of development and that we will maintain the strong ethos that we have.”

The crushing humanitarian need in both Syria and the Philippines are the main focus for GOAL at the moment according to Barry Andrews.

“The biggest one is Syria, it is a dangerous situation, very, very complex conflict,” said Barry, “but when you peel away all the problems and the danger, there is a massive humanitarian issue there where children are not getting any education or health-care.

“It is a country that is falling apart, those people who have left the country are in a better position so GOAL is inside the borders of Syria and that is dangerous. But again, we’ve always been devoted to the idea of being where the need is greatest, not where it is the safest.

“We’re in the Philippines. The first two nights after our guys arrived, they were sleeping under the stars but they know what they are getting in to, it is not like any other job. They enjoy it, I don’t want to make it sound like they are saints, they get great satisfaction from it and are good at it.

“Initially, it is all about food, water, shelter, the life-saving stuff. We have fellows in GOAL who are ready for that in any minute. When it happens, we had people on the ground within two or three days and we were distributing before a week was out.

“It was an incredible release of energy within the organisation, we are first responders. We’re small enough to be nimble like that but big enough to have an impact.

“We coordinate at local level but medium to long term, it is all about recovery, bringing back livelihoods, putting boats back on water, crops back into fields and giving people the means to make a living.”