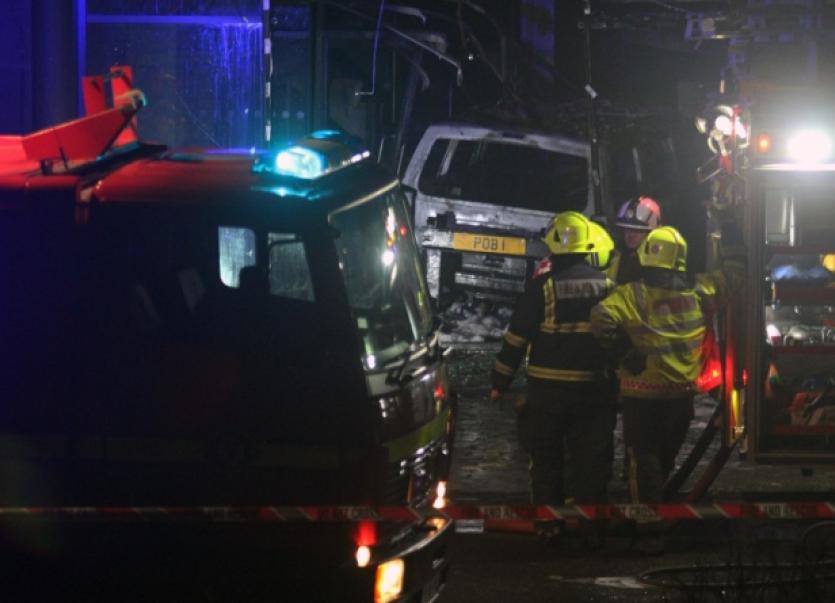 There was another attack on the former Quinn Group last night when a 4x4 was driven into the main entrance of Packaging, Ballyconnell and set alight.

There was another attack on the former Quinn Group last night when a 4x4 was driven into the main entrance of Packaging, Ballyconnell and set alight.

Just after 9pm on Thursday, March 13, a jeep with the registration ‘POB1’ was driven into the main entrance of the Packaging building which Avetnas announced for sale last week.

Emergency services from both sides of the border attended the scene and brought the blaze under control. No one was injured and investigations are ongoing.

QBRC, the local company who have made a bid for the former Quinn Group has condemned the spate of incidents that have been a regular occurrence since the appointment of a share receiver to Quinn Group.

QBRC, a consortium of local business men and former Quinn Group directors, is currently engaged in negotiations with investors and the board of Aventas in a bid to buy out the manufacturing group.

Speaking this morning, QBRC director John McCartin said, “These attacks serve no purpose other than to destabilise the business and put jobs at risk”.

“QBRC was formed with a view to keeping the old Quinn Manufacturing Group together, keeping the jobs in the area and growing the business for the future. We would appeal to those who are carrying out these attacks, to stop the sabotage of the regions most valuable economic asset.” McCartin concluded.