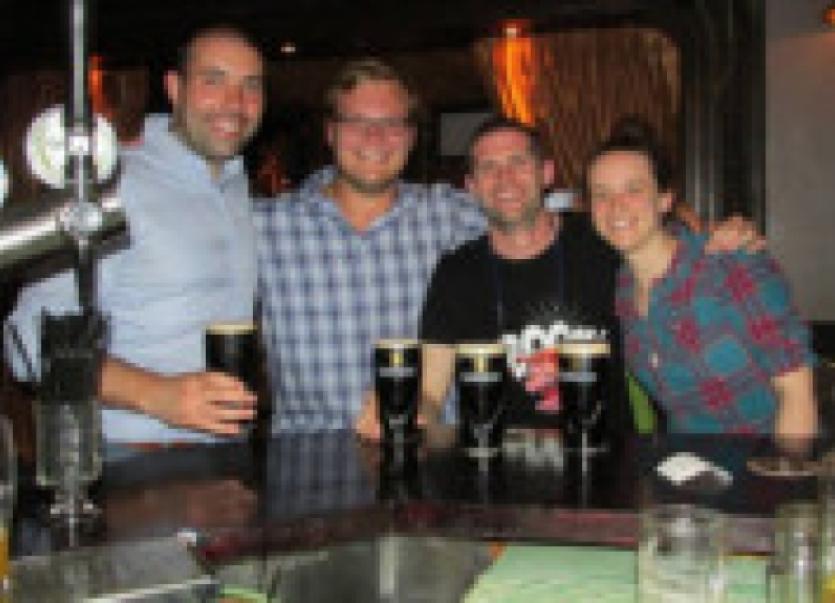 Cathal McEnaney from Lurganboy was one of three good samaritans who helped an heroic American tourist who was robbed in Dublin on July 19.

Cathal McEnaney from Lurganboy was one of three good samaritans who helped an heroic American tourist who was robbed in Dublin on July 19.

US citizen Joe Sheehan was robbed of his wallet and smart phone while rescuing a man from the River Liffey. The 20 year old from Nebraska had just arrived in Dublin that evening and was walking around trying to find a hostel, when he saw the man get into trouble in the river.

Joe, a trained lifeguard, took his valuables out of his pockets and jumped into the water. He helped the man to safety, only to be told his Samsung Galaxy as well as his wallet containing €100 and £40 sterling had been stolen.

Joe explained he came out of the water after saving a man’s life and had nothing left. Luckily he was helped out by three bystanders.

Lurganboy’s Cathal McEnaney, his girlfriend Katie and another man called Hugh, who they did not know, gave the tourist money, helped him cancel his cards, organise travel and accommodation.

Cathal who previously played football for Glencar Manor is currently living and working in Dublin. Cathal, Katie and Hugh brought the American man to a cafe and calmed him down, they also took him to the Irish Tourist Assistance Service in Store Street Garda Station.

They treated Joe to a night out to try and give the tourist a positive experience of Dublin and Ireland.

The American hero-turned-victim stayed the night in Cathal and Katie’s house before he returned to London where he is studying.

One woman who witnessed the incident chased the thief and found him sitting between bins. However, gardai were unable to locate him later on.

Gardai said the theft was reported at 8.45pm on Saturday, July 19 and is under investigation. No arrests have been made.