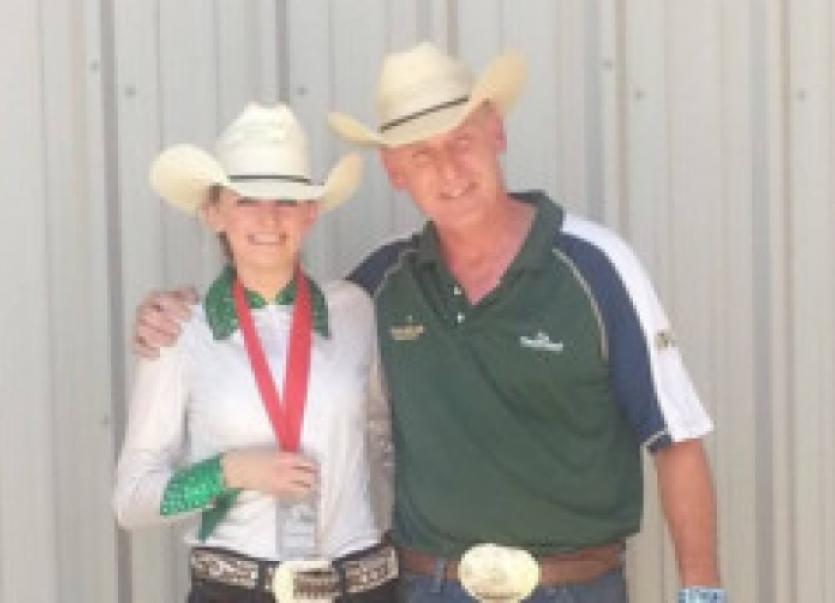 The three of the five youths from the Irish team live locally around Ballinamore and Carrick-on-Shannon.

The other local girls Nicole Devine was placed ninth in cutting and finished just 2 points ahead of Jade Huxtable, who both did really well for their first time ever at cutting.

Shannon Kent and Cody LaCumbre also did very well in reining. Cody did an excellent job and placed second in Ranch Sorting.

Overall the Irish Youth Team finished a very respectable 13th in their first International Competition against experienced competitors, Ireland finished ahead of some of the better teams such as the UK, Israel and France.

The youth team aged between 13-17 years wished to thank their sponsors and supporters who enabled the trip to become a reality.