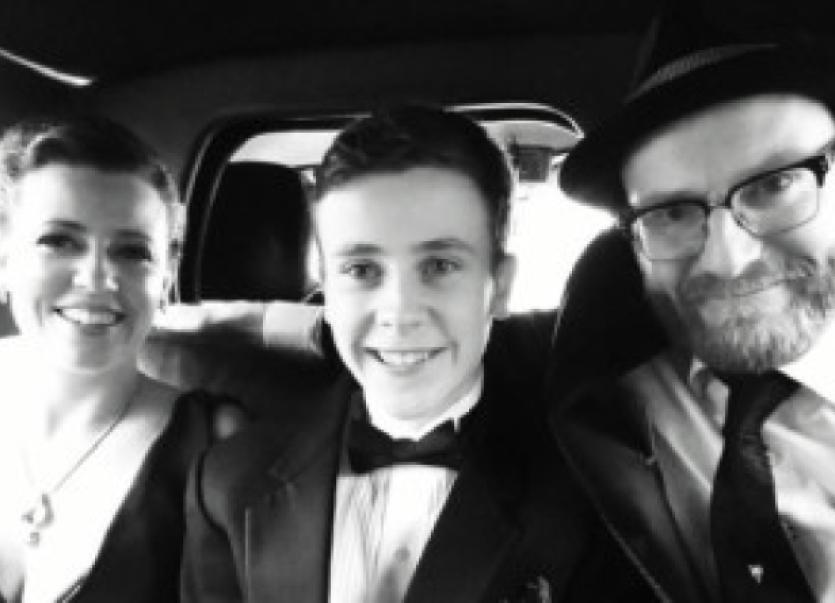 Sunday night last saw some of the world’s best and brightest when it comes to creativity and performance assemble in Hollywood as the Oscars Ceremony took place at the Dolby Theatre in Los Angeles.

Sunday night last saw some of the world’s best and brightest when it comes to creativity and performance assemble in Hollywood as the Oscars Ceremony took place at the Dolby Theatre in Los Angeles.

So it was highly appropriate that County Leitrim was represented by Carrigallen’s David Rawle. The Moone Boy star was a member of the Song of the Sea entourage who were nominated in the Best Animated Feature Film category. But it almost didn’t happen.

Due to the limited availability of tickets for the gala event, it was Boyle’s Paul Young, co-founder of Kilkenny’s Cartoon Saloon whose studio produced the film, who secured David’s last minute passage to the star-studded event.

Speaking to The Anton Savage Show on Today FM on Monday morning, the teenage star described his delight when, while relaxing in the swimming pool in his hotel, Paul arrived to break the good news. “I was in the pool wearing my sexy goggles and Paul comes out to me and says “Oh David, do you want to go to the Oscars?” It was a complete surprise.”

Having been chauffeured to the venue along with Paul and his jewellery designer fiancée Yvonne Ross, the duo arrived on the second red carpet which is set aside for the non-A Listers. David explains: “We got out of the car and showed our tickets and ID. So then you go and there’s actually two red carpets, one for the A Listers and one without press and that’s where we were.

“There was about two hours of milling about and getting drinks at the bar. I was just getting Coke”, the 14-year-old actor reassured listeners.

There was also no famous Oscar after parties for the group who visited Rock ‘n Reilly’s Irish Pub on Sunset Strip before retiring for bed. David and Paul both returned home early yesterday morning. “I can’t wait to get back to Leitrim”, David enthused.

Unfortunately both David and Paul landed in Dublin empty handed as Disney’s multi-million dollar backed Big Hero 6 took the category award ahead of Song of the Sea.