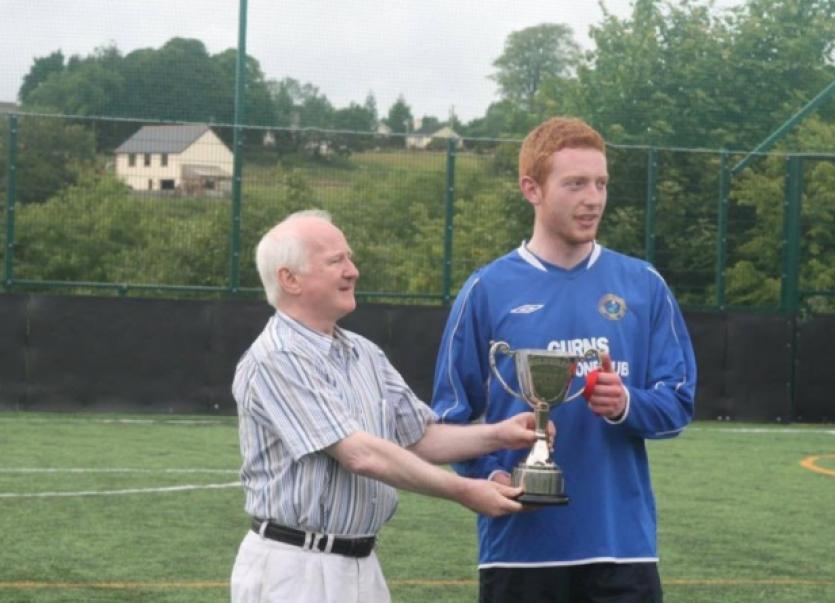 Deepest sympathy is extended to the family of Eoin Rock, Kiltyclogher whose untimely death occurred suddenly on Tuesday, July 7.

Deepest sympathy is extended to the family of Eoin Rock, Kiltyclogher whose untimely death occurred suddenly on Tuesday, July 7.

Eoin’s remains reposed at Our Lady’s Hospital Chapel, Manorhamilton on Thursday afternoon, July 9 prior to their removal that evening to St. Patrick’s Church, Kiltyclogher.

His Funeral Mass and Service took place on Friday morning; July 10 in St. Patrick’s Church and was followed by cremation that afternoon at Lakelands Crematorium Cavan.

The community in Kiltyclogher and North Leitrim were deeply saddened at the sudden death of young Eoin. Manorhamilton Rangers expressed the Club’s sympathy to the Rock family and paid tribute to Eoin stating “our sympathies are extended to Ciarán Rock and his family on the tragic death of his son, Eoin.

“Words can’t express the loss at this time. Eoin was a gentle giant and a regular player in our open sessions and under 21 leagues in times gone by.

“Like father like son is often a phrase cast out there but in this case it is very appropriate.

“Eoin like his dad Ciarán are true gentlemen and in the next few days when things are tough we all take heart in remembering the positives from Eoin’s short life and offer Ciarán, Caroline, Cian and Aidan all the support we can. RIP Eoin.”