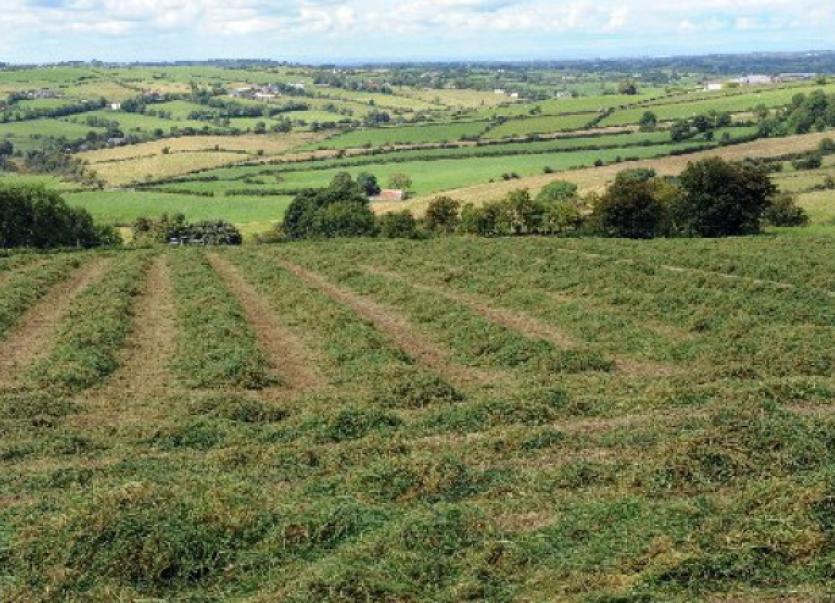 Over 130 Co Leitrim farmers are facing possible exclusion from major funding streams because of a lack of access to agriculture education courses.

Over 130 Co Leitrim farmers are facing possible exclusion from major funding streams because of a lack of access to agriculture education courses.

In what has been deemed the “most serious and immediate issue” facing Co Leitrim at the moment, young farmers must have a valid Green Cert to qualify for new aids such as the Young Farmer Scheme, priority access to the Basic Payment Scheme National Reserve and TAMS.

At Monday’s July Council Meeting, Cllr Enda Stenson said that the Department of Agriculture had set out new guidelines that all young farmers must complete the Certificate to avail of grants or other entitlements and he called on the Department of Agriculture and the Education and Training Board to provide Educational Officers and facilities in Leitrim to complete this course.

He noted that farmers without this qualification must be enrolled in a suitable course by the end of August or they will lose access to vital development aid.

Tabling a motion Cllr Stenson said that the Teagasc Advisor Service in Co Leitrim had been “run down to such an extent that young farmers will lose out on Development Aid under the new schemes and will not be able to grasp farm development opportunities in Co Leitrim over the next five years.”

He said that the Teagasc Advisory Service in the county had no dairy adviser and no eduction officer and adviser numbers had been reduced by 50 percent since 2009.

“With a waiting list of 130 for part time education courses to qualify for the young farmers scheme support and development aid, Teagasc are not in a position to start education courses in September,” he maintained.

The Independent councillor said this situation for the affected farmers was ‘dire’ and although there were education facilities in Mohill and Manorhamilton’s Teagasc office, there weren’t the staff necessary to roll out these courses.

Between Counties Leitrim and Sligo there are 300 young farmers who want to do their Green Cert and the fact that young farmers have to have started their course by the end of August means that there is additional pressure for courses this year, he said.

Whilst acknowledging that Macra were “campaigning hard” to get this issue addressed, Cllr Stenson said it was vital that local authority members highlight this and “bring it to the highest level to get answers now”.

“We’re talking about farmers losing money as they can’t get signed up for these courses and if young farmers can’t access funds what incentive is there for them to continue in the industry?” he asked. “How will they survive?”

Leitrim County Council Cathaoirleach, Cllr John McCartin seconded the motion describing the issue as “the most critical issue on the agenda”.

“This is critically important that we find a solution to this. This issue is absolutely huge,” he told the chamber.

Cllr Paddy O’Rourke agreed noting that he had raised the matter at the launch of the Teagasc National Programme last February in Bundoran and again at the February meeting of the Education and Training Boards.

Cllr Stenson asked that his motion be urgently sent to the Minister for Agriculture, to the Taoiseach and to Professor Gerry Boyle, Director of Teagasc.

A spokesperson for Teagasc confirmed that there had been a “massive spike” in demand for Teagasc run agriculture education courses as a result of two schemes introduced by the government.

The spokesperson pointed out that nationally, the numbers of students on the Teagasc distance education and regional Green cert courses (certificate in agriculture) had trebled to 1500 and he pointed out this was in addition to the massive number of students who study these courses in the country’s three Teagasc colleges and three private colleges.

“Nationally, we have expressions of interest from a further 3,500 potential students for the upcoming year,” he said.

“Servicing this number of students is difficult due to declining staff numbers (through retirements) and the Government moratorium on recruiting new lecturers and education officers. We sought and got sanction to recruit 20 temporary teachers on two year contracts last year which allowed us to take on the 1500 students mentioned above.

“We are currently in discussion with the relevant Government departments seeking sanction to recruit more teachers to try to service the increased demand.” This would allow Teagasc to serve 3,500 potential students.

Teagasc have confirmed that there are 158 students completing five courses in this area in centres in Letterkenny, Ballymote and Manorhamilton.

“We have expressions of interest from 660 + potential students in the region (Counties Leitrim, Sligo and Donegal),” said the spokesperson for Teagasc, who added there were staff ready to start one more course this year, serving 30 students in Manorhamilton.

“If we get additional staff, we plan to hold an additional course in Mohill in 2015 and 2016, also to start courses in hired facilities in Ballybofey and Buncrana in 2015/2016. But these can only take place if we get sanction for additional staff,” he admitted.

However this would not be of benefit to those young farmers currently trying to get access to Certificate courses.

“The reality is that just one line put into the funding application requirements by the Department of Agriculture has led to this and it is obvious from what Teagasc are saying that they cannot meet the demand,” noted Cllr Stenson.

“This may not have as big an impact in other areas but this is devastating for farmers here in Co Leitrim and Minister Coveney needs to step up and deal with this,” the Independent Councillor concluded.