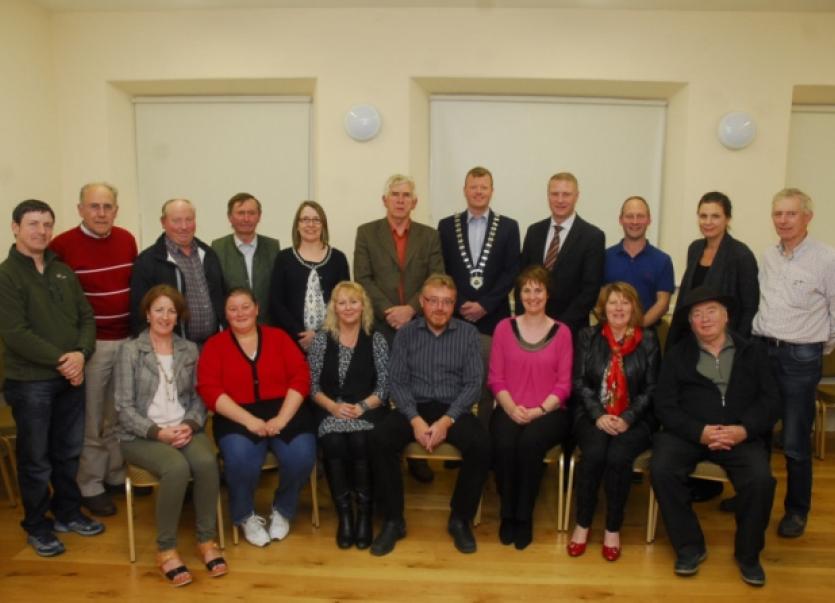 Chairperson of the committee, Philip McIntyre, gave a comprehensive presentation of the proposed festival and costings, including an event guide and list of proposed entertainment for the festival which will run from Friday, July 1 to Monday, July 4, 2016 in Carrigallen and at the Margaret of New Orleans cottage, Tully South, Carrigallen.

The committee was formed to promote Margaret’s story and her proposed beatification and to bring her story to a global audience; to promote Carrigallen as a tourist destination and to build upon existing infrastructures of waterway facilities, angling, boating and water sports.

“This festival has the potential to work towards reviving the structures of struggling rural towns and communities of this area, and will have far reaching benefits, not just for Carrigallen but for all of the greater surrounding areas,” said Mr McIntyre.

Cllr John McCartin wished the committee every success and offered mentoring support. He emphasised the importance of understanding that those who benefit most, are not always those who put in the hard work. Cllr Paddy O’Rourke made a suggestion that the committee make contact with airline and ferry companies for sponsorship as an influx of tourists is expected.

The Committee is currently in search of sponsorship as their only support to date has been funding from the Local Enterprise Office - Leitrim for obtaining the advisory services of Fiona Candon.

“The committee has benefited greatly from all her hard work and professional advice. Having a liaison with her experience in marketing and development has been invaluable to us so far,” Mr McIntyre noted.

For more information or to offer assistance, please contact the organising Committee via email on mardigra2016@gmail.com