New Bishop will
‘listen to the people’ 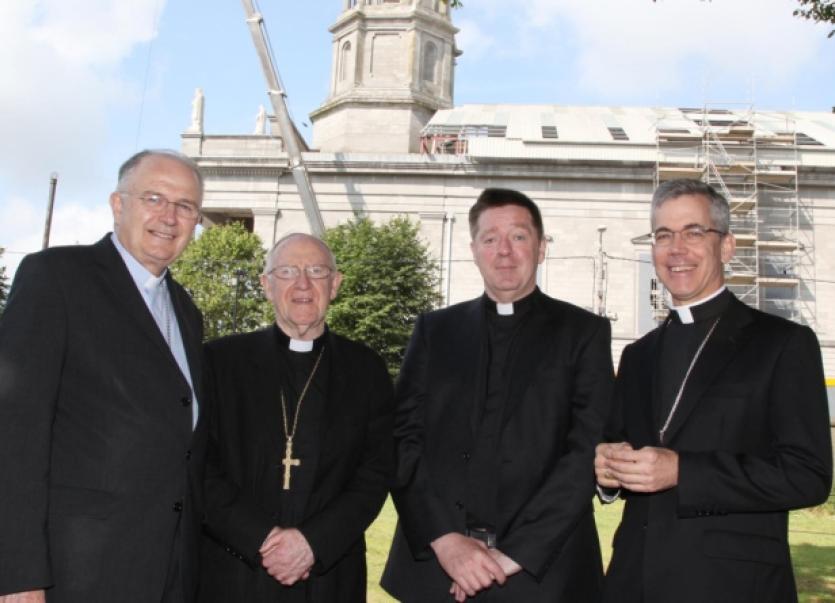 Local priest Fr Francis Duffy will be the new Bishop of Ardagh & Clonmacnois, when he is ordained most likely in Athlone around early October.

Local priest Fr Francis Duffy will be the new Bishop of Ardagh & Clonmacnois, when he is ordained most likely in Athlone around early October.

There was much jubilation around Ballinamore and West Cavan on the surprise announcement last Wednesday, July 17. The Templeport native who was Principal of Fatima & Felim’s Secondary Schools, Ballinamore for twelve years said he was “shocked” and “speechless” when he heard of his nomination from the Pope through Papal Nuncio Archbishop Charles Brown two weeks ago. In an interview with the Leitrim Observer, shortly after the announcement, Fr Duffy said he had expected to be moved from his current post as resident priest in Laragh, Co Cavan, but this new role was not in his “line of expectations”

55 year old, Fr Duffy admitted that the new role will be “challenging” but he hopes that his varied experience in different church positions will help him on this new journey. His first priority as bishop will be to “get to know the diocese, the geography, clergy and parishioners.” He said he would have met a lot of the diocese clergy through his time in Ballinamore, he is familiar with Ballintogher and knew Fenagh very well, so “it is not a complete blank slate”

As bishop, Fr Duffy said he will “listen to the people, to their hopes and fears.” He said this should help to construct a new shared vision that people “will feel comfortable with the church” and it will be a positive experience.

Fr Duffy recalled that he “enjoyed living in Ballinamore” as it was only 15 minutes from home and the community were so “welcoming.” He said it was a pleasure to teach in a school where parents took such a huge interest in their children’s education. He welcomed the construction of the new school and wishes it every success in the future. Past pupil and town councillor Gordon Hughes wished Fr Duffy every success as bishop on behalf of the people of Ballinamore.

Speaking about outgoing Bishop Colm O’Reilly, Fr Duffy said, “I hope to tap into his great wisdom and extensive knowledge gained over thirty years as bishop.” He hopes Bishop O’Reilly will continue to help with the restoration of St Mel’s Cathedral, that burned in 2009. The restoration work is now in its second phase and is on schedule to be finished by Christmas Eve of 2014.

The Diocese of Ardagh and Clonmacnois consists of nearly all of Co Longford, the greater part of Co Leitrim and parts of counties Cavan, Offaly, Roscommon, Sligo and Westmeath, it has 41 parishes and 80 churches.