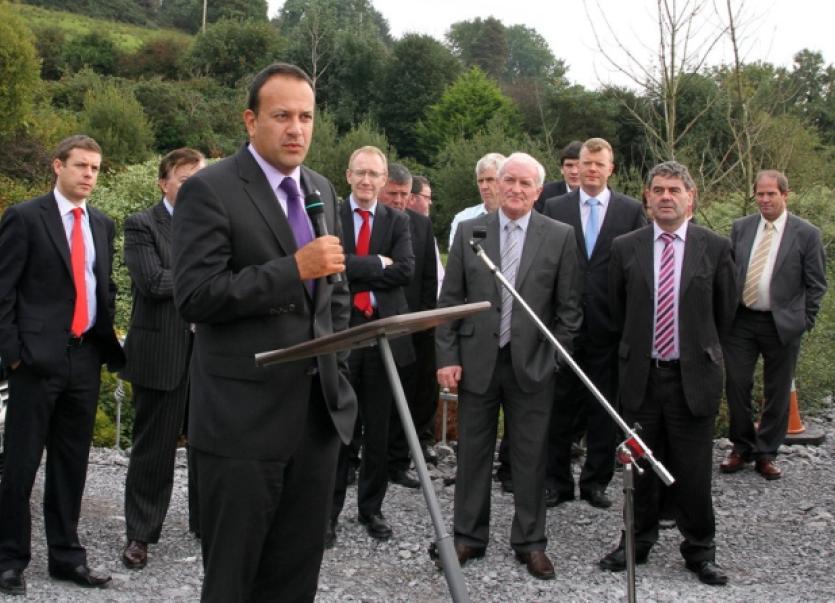 “This has been a long trail of hardship for a lot of years but it’s at an end,” Tully Lane resident Seamus Ellis told those assembled on the shores of Lough Reane last Friday.

“This has been a long trail of hardship for a lot of years but it’s at an end,” Tully Lane resident Seamus Ellis told those assembled on the shores of Lough Reane last Friday.

The visit to Fenagh by Minister for Transport, Tourism and Sport, Leo Varadkar TD, and his subsequent confirmation of a second tranche of funding for the ongoing flooding at the lough was roundly welcomed by the long-suffering residents of Tully Lane.

Farmer Sean Meehan, who had been forced to row across flood waters to feed his stock for many years, said he was extremely grateful for the funding while many other residents of Tully Lane expressed their relief that a solution had been found and financed.

Just over €380,000 has been allocated by the Department of Transport, Tourism and Sport and the Office of Public Works to resolving the flooding at Lough Reane.

Seamus Ellis spoke on behalf of his fellow residents, expressing his heartfelt thanks to Leitrim County Council and in particular, Senior Engineer, Shay O’Connor, whom he described as an “exceptional civil servant”.

He also praised the work of local County Councillors, Caillian Ellis and Gordon Hughes for “fighting so hard for the people of Tully Lane”.

“You have fought so hard for us. You have stood by us through thick and thin and that will never be forgotten by the people of Tully Lane,” he told them.

Seamus also added his thanks to Fine Gael TD, Deputy Tony McLoughlin and Cllr Enda McGloin, “for helping the Council to find the money to solve the flooding” and said that this announcement meant so much to the people of the area.

“It is only when (this flooding) comes to your own doorstep that’s when you really do appreciate what hardship is all about,” he acknowledged.

“My wife had an awful time bringing the kids out to school and Sean Meehan has had hardship for 10 or more years because of this.

“This is a great day for us today to have the Minister here, to get the funding. A great day,” he said.

The money will finance the creation of a 900mm pipe network over 500m in length between Lough Reane and St John’s Lake.

It is hoped that the project will now progress to planning in the coming weeks with Leitrim County Council Senior Engineer, Shay O’Connor assuring residents that the Council was committed to progressing this work as a matter of priority.