Room to be named after brave James 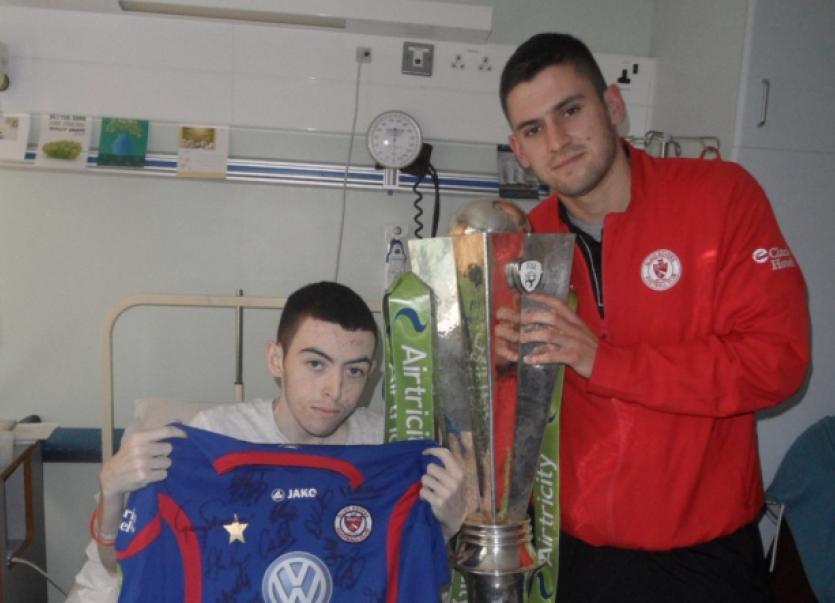 James Gill was a 20 year old lad who lived in Dublin with his parents Geraldine, Declan, and his younger brothers Stephen, Carl and sister Holly.

James Gill was a 20 year old lad who lived in Dublin with his parents Geraldine, Declan, and his younger brothers Stephen, Carl and sister Holly.

James’ dad Declan was from Drumsna area but moved away but James visited his grandparents Mary and PJ Gill and other aunties and uncles regularly.

A month before his 18th birthday, James was told by the doctors in Tallaght Hospital he sadly had a very rare form of liver cancer called fibrolamellar hepatocellular carcinoma.

That day for us will live forever in our head. That day James showed us how strong he was. As parents we knew this news was a shock to him but like a true hero he never complained or even said ‘why me?’.

James’ motto was it’s my life and I just have to get on with it. God love James he was in hospital for his 18th birthday, his 19th and sadly his 20th.

Tallaght and St Vincent hospital became his second home more so Tallaght. James made a lot of friends through the nurses, doctors and staff. He was a good hearted lad he loved helping others and was a good listener if anyone wanted to chat.

Declan and I can remember the day when he said he wanted to use the money left over from his treatment in New York (which sadly never happened) to “ask the hospital would it be ok to do a special chill out room for teenagers who are in hospital short and long term as hospital stay can be long and boring if you have nothing to do all day”.

Declan and I thought it was a lovely idea. Sadly James got more ill and when we had the money in place to go to New York his body got so weak. Sadly after seven weeks in hospital he passed away on May 18, 2013. Hug crowds came from here and aboard came to say a fond farewell to a fine young lad who was taken from us too soon.

His family and friends were, and still are, so proud to have him in our life and we all miss him so dearly. We would like to thank everyone who sent cards, letters and mass offerings. James loved reading them all.

We have asked Tallaght Hospital to make James’ dream come true by opening up the room for other teenagers using the funds we raised, which sadly he never got to use. The room will be named after James. At the moment it is in the planning stage but we are doing this in memory of a wonderful son, brother, grandson, nephew.