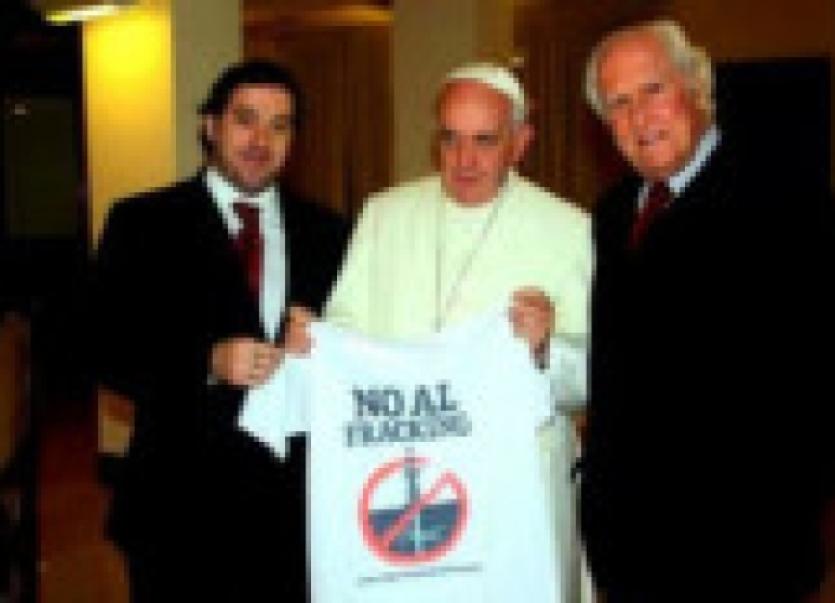 Responding Minister Simon Coveney said Coilte Teoranta is a “private commerical company” and “day-to-day operational matters, such as land transactions, are the responsibility of the company.”

Colreavy asked the Minister for Natural Resources if the ground water vulnerability map “which indicates that some of Leitrim’s ground water may be extremely vulnerable and at risk of pollution or contamination,” will be used to better manage development. He also asked if the Minister believed fracking poses an unacceptable risk of pollution of extremely vulnerable groundwater. He said “it should now be decided that hydraulic fracturing will not be permitted anywhere in Ireland.”

Junior Minister Fergus O’Dowd, said the map “would be appropriate for assessing the risk associated with some activities, such as storage of flowback water, potential oil spills from machinery, etc, but not for assessing subsurface risks.

Deputy Colreavy asked the Minister for Environment, “if he is concerned that after a period of sustained lobbying by pro-fracking industry that the EU Parliament refused to support a motion calling for a mandatory EIA to be applied to planning applications involving fracking.”

Minister Phil Hogan stated, “I understand that the European Parliament Environment Committee voted in support of an amendment to the Commission’s proposals requiring that a mandatory EIA be carried out in respect of development consent applications involving fracking.”