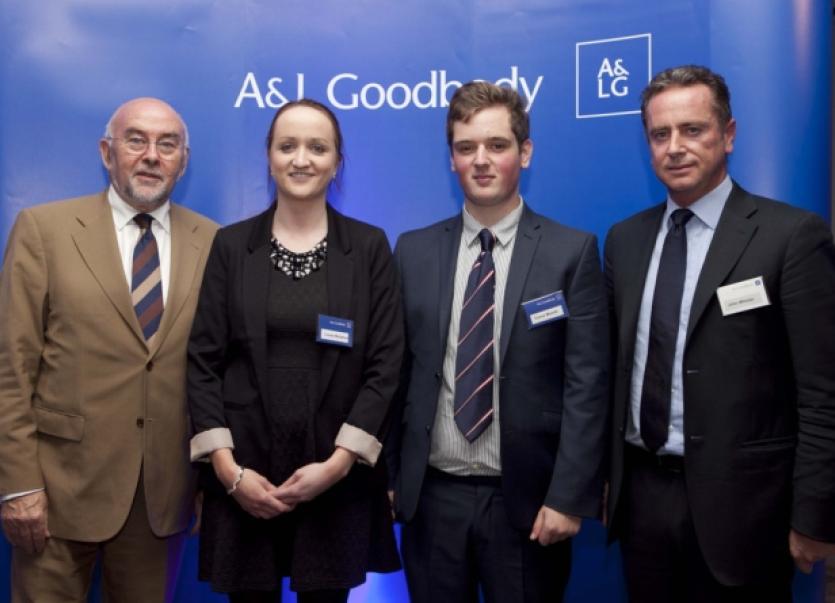 Now in its second year, the competition seeks to recognise the most innovative ideas from students for the provision of legal services in Ireland and internationally.

The role of the taskforce would be to showcase the country’s legal talent, while making it as easy as possible for international companies to set up operations in Ireland.

As a runner up, Louise received an iPad mini as part of her award.

Speaking at the awards ceremony, John Whelan, Head of A&L Goodbody’s International Technology Group, said: “The calibre of entries to the competition this year has been superb and Louise’s submission demonstrates how the legal profession can adapt to provide practical support to the next generation of legal talent.

“I would like to congratulate her on this wonderful achievemen,” he added.

The winner of this year’s competition was Lia Boyland from University College Cork (UCC) who proposed the idea of a legal ‘e-internship’ which could be carried out online during the academic year, and form part of their university curriculum.

The theme of Bold Ideas 2013 was ‘Playing to our strengths: international legal opportunities for Ireland’.