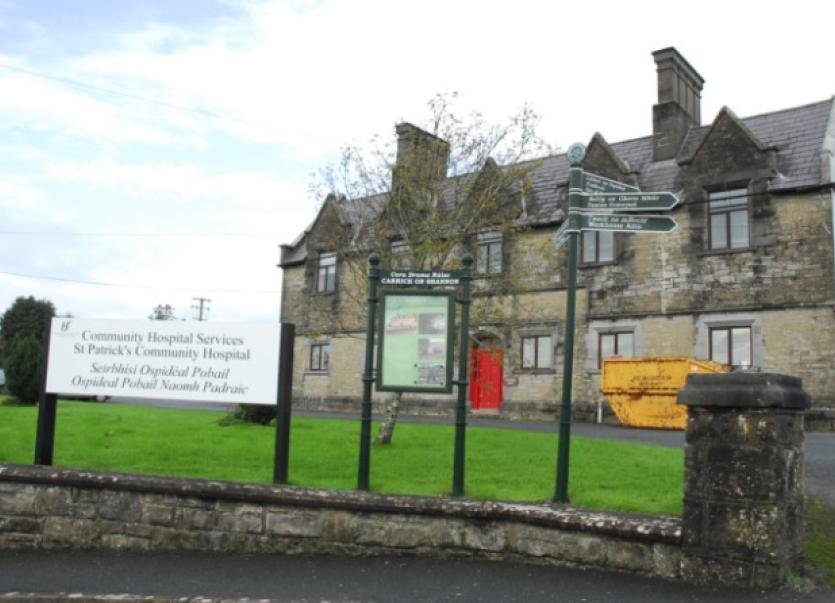 A spokesperson for the HSE has confirmed that the recruitment process has commenced for an additional nurse and two care assistants in St Patrick’s Hospital, Carrick-on-Shannon, bringing staffing levels up to an acceptable standard.

A spokesperson for the HSE has confirmed that the recruitment process has commenced for an additional nurse and two care assistants in St Patrick’s Hospital, Carrick-on-Shannon, bringing staffing levels up to an acceptable standard.

The news follows substantial criticism of the situation by the Irish Nursing and Midwives Organisation and local representatives over the past week after it emerged that the staffing situation at the hospital has reached “crisis point”.

INMO Industrial Relations Officer, Maura Hickey, told the Leitrim Observer last week that “The situation that currently exists within St Patrick’s Hospital is unsafe and untenable. Our members are challenged, on a daily basis, to deliver safe and effective care to the patients in their charge,” she said.

“The HSE is failing in its duty of care to both the patients and staff in the hospital, as it fails to acknowledge that there is a nurse staffing crisis. It is unacceptable that nurses are expected to go between wards to administer medication and there is an insufficient number of staff to feed and mobilise patients.”

The INMO said the crisis had arisen because of the on-going recruitment moratorium within the HSE which stopped the replacement of staff who retired or moved to another job.

Local politicians were also critical of the situation with Cllr Sean McGowan calling on the Minister for Health, Leo Varadakar, to immediately lift the embargo on recruitment.

Cllr McGowan said that he had been contacted by relatives of patients in St Patrick’s over the summer months who told him of the shortage of nursing staff and the pressure that nurses were under as they strove to deliver a proper standard of care to the patients.

“I did pay a visit to St Patrick’s and I’ll have to say I was shocked to see the pressure that nurses were under, they were at breaking point, trying to carry out their duties, I also noticed that on occasions where relatives of patients would phone in to check on their family members, that phones were not being answered, as nursing staff were so busy, with some having to work extra shifts to provide cover. It has also meant that the very valuable respite service has suffered as has the day service at the unit,” he added.

“The nursing staff and care attendants deserve great credit for the work that they do, but the facts are that a lot of nursing staff have either retired or emigrated and have not been replaced and this has placed a very heavy workload on the remaining nursing staff.”

Cllr Enda Stenson also paid tribute to the “excellent nursing staff at St Patrick’s” but stressed the situation could not continue.

“This situation has arisen solely because of the embargo on recruitment and if the Government is really serious about doing anything for South Leitrim in the upcoming bye-election they should remove the embargo and allow sufficient nursing staff to be recruited in St Patrick’s Hospital and its sister facility, Aras Carolan in Mohill,” he said.

While he welcomed the news this week that recruitment had begun for three new staff members in Carrick-on-Shannon, Cllr Stenson said it was a disgrace that staff and patients had to reach a point of crisis before the HSE caved to pressure on this issue.

“We should be ensuring that adequate staffing levels are in place at all our hospitals and health facilities,” he argued. “We are talking, not just about the lives of not just the staff, but also the patients they care for. This embargo needs to be lifted.”