Get involved with South Leitrim Macra 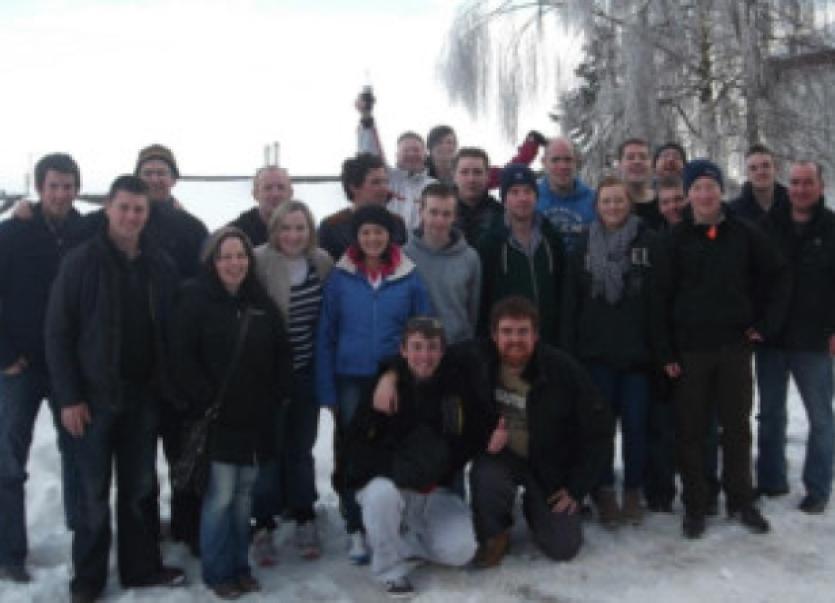 South Leitrim Macra are asking you to try something new this September.

South Leitrim Macra are asking you to try something new this September.

The group which has over 45 members locally aged between 17-35 is seeking new members for Winter.

If you are interested in socialising with a dynamic group who like sport, travel, public speaking and more then this could be the group for you!

Macra is a club that boasts 8,000 members throughout the country. The club promotes personal development and networking amongst young people. The group takes part in sport, travel, agriculture, public speaking, and performing arts.

The South Leitrim Macra are active at a national level, have meetings on a monthly basis and network with other clubs from around Ireland.

Mary Guihen has been a South Leitrim Macra member for 3 years. “Coming to the first meeting on your own can be daunting but everybody will make a really big effort to be welcoming. The social scene is brilliant- there’s something to do every week if you want to”.

During this time, Mary has taken part in sports, variety shows, organised group trips and represented the county in several competitions.

Raymond Gilmartin has been involved since 2009,“There’s a great variety of people involved- nurses, farmers, teachers, sales assistants, office workers . Macra will open the door to new friends and activities.”