Get involved in broadband public consultation 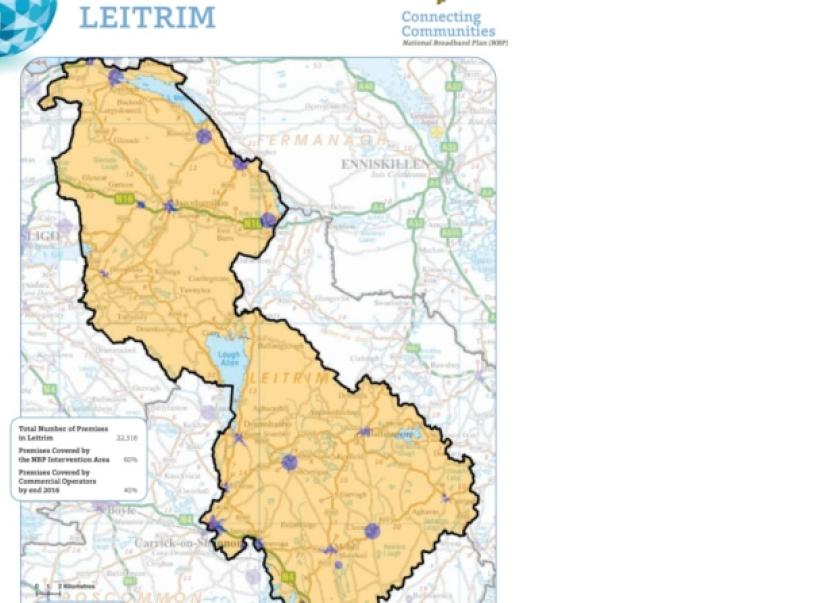 People throughout Co Leitrim are being asked to get involved in the public consultation process on the rollout of broadband services in Rural Ireland.

People throughout Co Leitrim are being asked to get involved in the public consultation process on the rollout of broadband services in Rural Ireland.

Earlier this week, Minister for Communications, Energy and Natural Resources, Alex White, published the online national and county maps and the consultation document.

The information includes a map for Co Leitrim as well as a list of all the townlands in the county, the number of homes in them and the percentages of these which are served by commercial broadband operators.

Fine Gael TD for Roscommon/South Leitrim, Frank Feighan, has encouraged people living in rural areas to engage in a consultation process on the rollout of broadband services to rural Ireland.

The maps, which can be accessed on www.broadband.gov.ie, identify the homes, businesses and schools where commercial providers will deliver high-speed broadband access by the end of 2016.

“I encourage people, especially those living in rural areas, to engage in this consultation process so we can get an accurate picture of the shortcomings of the broadband service in rural areas. We need to ensure that the investment programme which the Government is committed to pursuing will adequately address the problems faced by rural dwellers in accessing broadband,” said Deputy Feighan.

“This is a vital issue in enabling people in rural Ireland to have the same quality of life as their urban counterparts. We need high speed broadband to ensure that businesses in rural Ireland can thrive,” he said.

Deputy Michael Colreavy Sinn Féin spokesperson on Communications, Energy and Natural Resources has also urged people to get involved in the consultation process.

The Sinn Féin Deputy said that it was important to identify broadband black spot areas so they can be prioritised for broadband rollout.

“It is essential that areas that have the poorest level of broadband coverage receive priority in the roll out of high speed broadband throughout the country,” he said this week.

The Telecommunications and Internet Federation (TIF), the Ibec group that represents the telecoms sector, has also welcomed the consultation on the proposed villages and townlands across rural Ireland to be included in the National Broadband Plan’s investment programme.

TIF Director Torlach Denihan said: “The industry has worked closely with the Department of Communications, Energy and Natural Resources on the mapping exercise to help make sure as many people as possible have access to high speed broadband. Already, as a result of commercial investment in the last two years, the number of premises to be addressed by the State scheme has been halved.

“However, we still have some way to go in reaching all parts of the country. Obstacles and delays in the planning system remain. Levies, bonds and inconsistency of approach by local authorities regarding telecoms infrastructure and road openings add to the problem. Cooperation between providers, government, local authorities and State agencies is crucial to making speedy progress.”