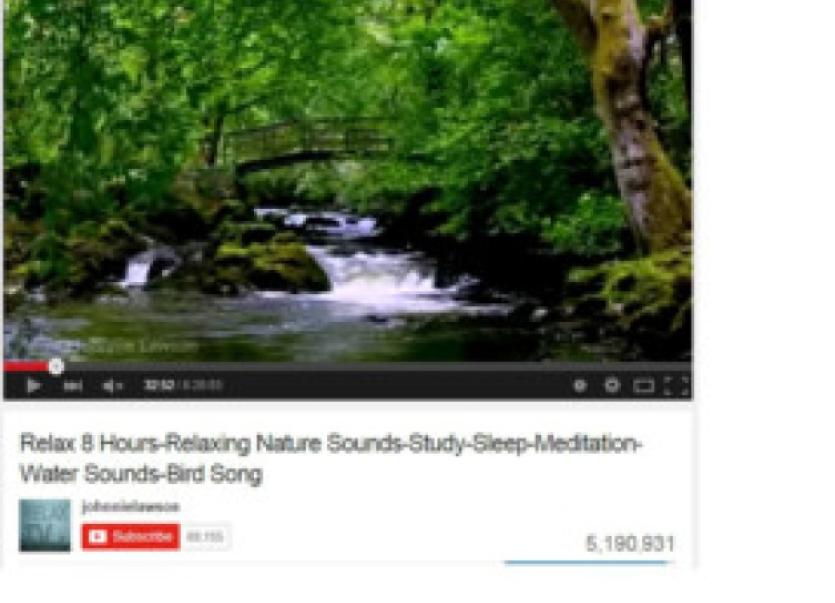 The rare natural beauty of the sounds and surroundings of County Leitrim have been highlighted once again. A unique film by Manorhamilton based artist Johnnie Lawson has racked up almost 5.2 million views.

The rare natural beauty of the sounds and surroundings of County Leitrim have been highlighted once again. A unique film by Manorhamilton based artist Johnnie Lawson has racked up almost 5.2 million views.

The video, which is a scene filmed in the picturesque Milltown Woods, between Manorhamilton and Lurganboy, was posted in July 2013 and has since been viewed all over the world.

The production gives the viewer a sense of what it is like to be sitting in front of a peaceful waterfall flowing under a bridge in the middle of the woods. Playing over the video are the relaxing sounds of the surrounding area.

Originally from Dublin but having settled in north Leitrim, Johnnie has designed a number of similar types of videos which are free to view and are specifically for what Johnnie says is, a “new type of viewing experience.”

“They have helped people from every corner of the globe to sleep, study, keep their pets company while they go to work, as well as aiding in the relief of stress, anxiety and depression,” Johnnie says.

He says that many people who have already viewed his films have spoke of the benefit in filling their homes with the soothing sounds of nature, day and light, with much of it belonging to County Leitrim.

Johnnie’s productions have become so popular that they are now part of the day-to-day sounds of life in schools, hospitals, doctor’s offices and even prisons.

The videos are regularly used by Yoga and Tai-Chi classes.

He continued: “I set up this online channel to send a sense of the peace and calm we enjoy here in Leitrim out into the fast paced world, to help people in many positive ways in their often stressful lives.”

A still from one of his films was also used as the cover image for this year’s Leitrim Guardian.

Johnnie’s videos are available to view on his YouTube site at youtube.com/johnnielawson.