‘We have worst litter problem in the country’ 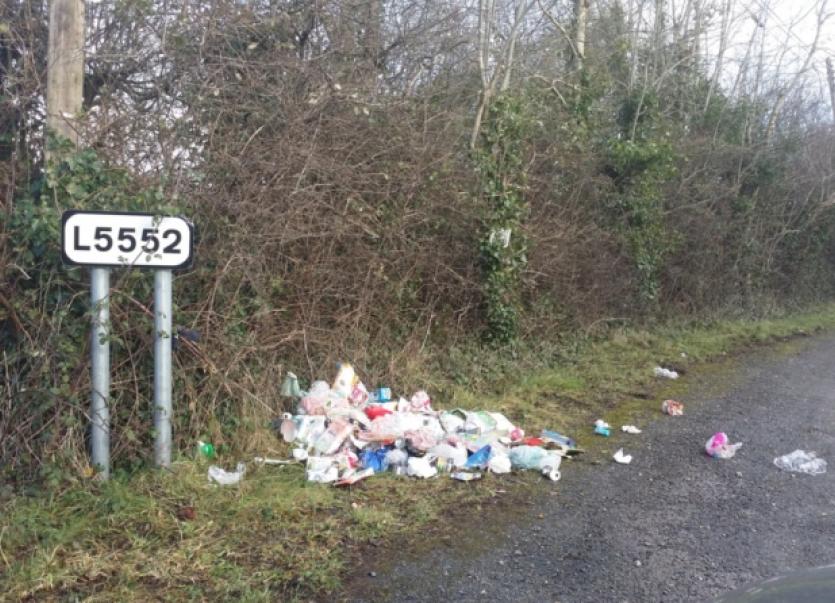 A Leitrim County Councillor has said that he believes Co Leitrim has probably the worst litter problem in the country.

A Leitrim County Councillor has said that he believes Co Leitrim has probably the worst litter problem in the country.

The comments by Cllr Sean McGowan came after County Council staff were again called out to deal with an incident of illegal dumping outside Mohill town over the weekend.

Rubbish, including recyclable plastic bottles and paper, was dumped at the intersection between the L5552 and the R201 on the Cloone side of Mohill town.

There has been a growing number of reports of roadside dumping as flytippers become more brazen about littering.

Speaking to the Leitrim Observer Cllr McGowan said that it was clear that incidents such as the one over the weekend were being “carried out under the cover of darkness” with people “indiscriminately dumping their rubbish without any regard for the county or the environment”.

“This is part of an ongoing problem for Co Leitrim and it seems no matter how many times the Council highlights this or we, as councillors, highlight it, the message not to dump illegally just doesn’t seem to be getting through,” he admitted.

“I am sorry to say that we are a very clotty nation. We are here, doing our best to promote ‘Lovely Leitrim - the Pride of the West’ but the reality is that the county probably has one of the worst litter problems in the country.”

Cllr McGowan said that Leitrim County Council were working with very limited resources to address this issue and he noted the excellent work carried out by Tidy Towns committees and other volunteer organisations, “but this is not a nanny state, we have to start being responsible as a society about the way we dispose of our rubbish and we have to look after our county and our country”.

The Carrick Municipal Area councillor said that maybe a national anti-litter programme was needed to deal with this issue.

Leitrim County Council were unavailable for comment at the time of going to press but the Council has previously acknowledged that littering is a growing problem despite anti litter education programmes, initiatives such as ‘adopt a road’ and efforts to identify and fine those responsible for dumping.

Anyone who sees an incident of dumping is asked to contact Leitrim County Council’s Environmental Hotline on 1890 205 205.