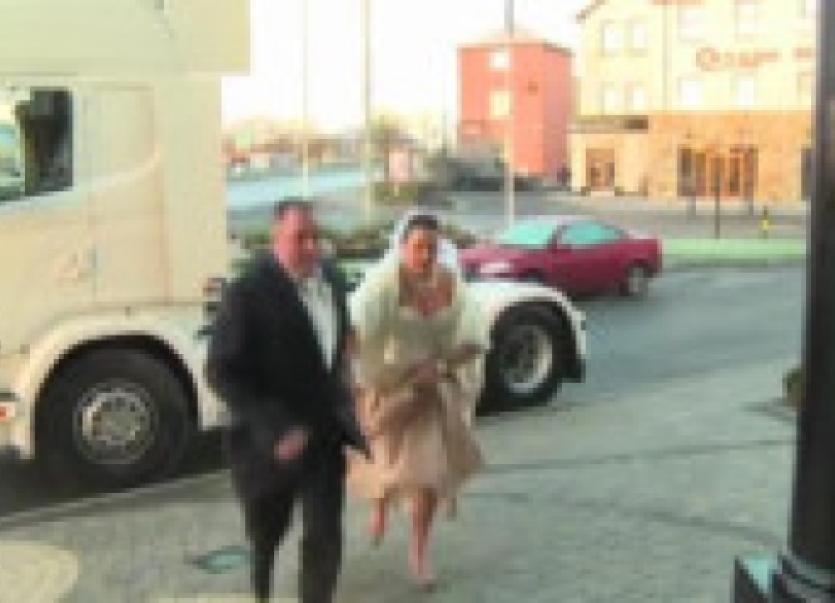 A Leitrim wedding video has gone viral across the world wide web over the last month.

A Leitrim wedding video has gone viral across the world wide web over the last month.

Recorded in Carrick-on-Shannon and Drumsna, the elaborate recording has attracted attention from across the nation, featuring both online and across the radio waves.

The video focuses on the wedding of Johnny Conroy, Annaduff and Edel Shanley, Dromod, which took place on December 27th last.

The video, which was recorded with the help of several of the couple’s friends, follows Edel as she arrives down the Shannon on a boat, while Johnny, followed by his groomsmen, makes his way to Drumsna via bike and visit Duignan’s Bar in Drumsna for a few wedding drinks.

Unimpressed at first, Edel eventually forgives her new husband and the newly wedded couple quickly make their way to the Landmark Hotel in Carrick-on-Shannon courtesy of a lorry which carries them to their destination.

Played to the guests at their reception, the video was swiftly uploaded to youtube and quickly went viral.

The madcap production has featured on Dermot and Dave’s show on Today FM and several entertainment websites including joe.ie, her.ie and evoke.ie.

The video is available for viewing on youtube.com under the search term; “Fun wedding reception entrance with a difference - Irish Style!”