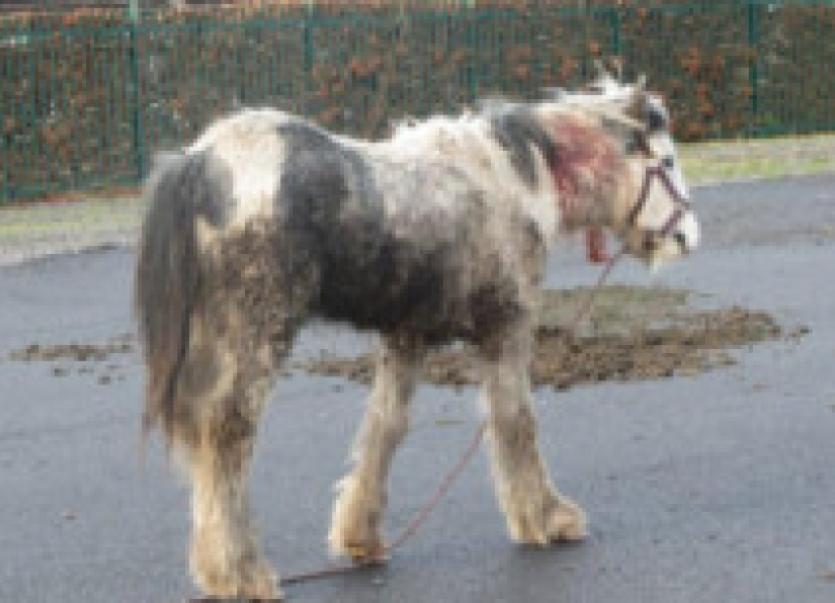 ISPCA Inspector Karen Lyons responded to calls from concerned members of the public and found the young animal in a great deal of pain. Both sides of his neck had suffered massive puncture wounds which were badly infected and was clearly in an extremely weakened state.

Inspector Lyons called on the assistance of a local equine sanctuary and the foal later named Chance was taken directly for veterinary treatment. The extensive wounds on both sides of the neck, which it is thought were over a week old, were only centimetres from the vertebrae in his neck. It is hoped that the vertebrae will not become infected but he has a long road to recovery ahead.

Unfortunately, Chance was not micro-chipped and local enquires have not revealed an owner or what happened to cause such horrific injuries to him.

Anybody with any information on this animal is asked to contact the ISPCA’s National Animal Helpline in confidence on 1890 515 515.