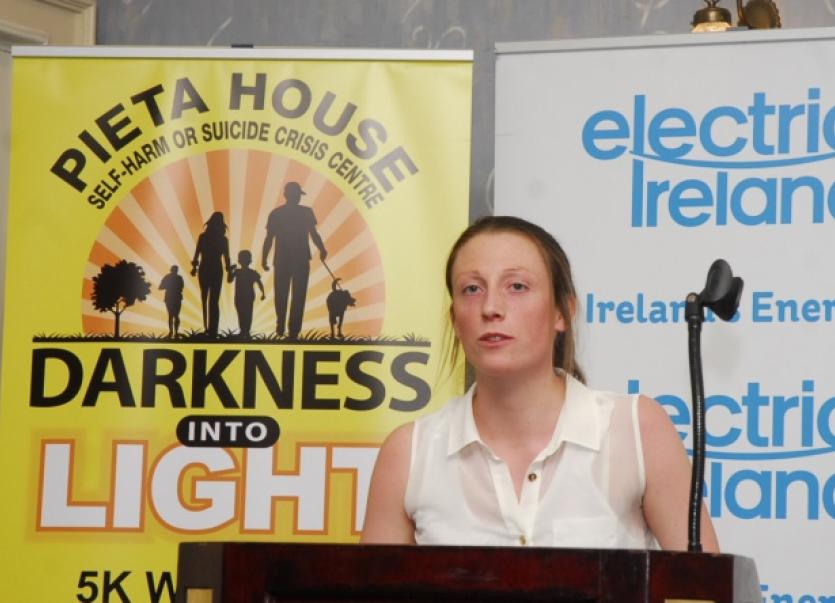 A huge crowd is expected to take part in a dawn walk on Friday night/Saturday morning, May 9 around the town of Carrick-on-Shannon as part of the Darkness Into Light fundraising campaign.

A huge crowd is expected to take part in a dawn walk on Friday night/Saturday morning, May 9 around the town of Carrick-on-Shannon as part of the Darkness Into Light fundraising campaign.

Darkness Into Light is the flagship fundraising and awareness event for Pieta House, the centre for the prevention of suicide and self-harm which, since its launch, has grown beyond all expectations.

“To say that the D.I.L. has, and still is gathering momentum, is putting it mildly!” The walk is the brainchild of Joan Freeman in 2008, Founder of Pieta House, Suicide & Self Harm Crisis Centre, a Non-Profit Organisation, which now has nine centres here in Ireland.

“In Carrick-on-Shannon the D.I.L. was spearheaded by local Publican, Jim Glancy, Cortober who started the ball rolling nearly two years ago and the first D.I.L. was held in Carrick last year in 2014, when over 500 people took part, which surpassed all our expectations!

“This year we have mapped out a new route which takes in the beauty of Europe’s most beautiful riverside town, by going through the town centre and crossing the Bridge into Cortober.

“It will be taking in the tennis court grounds, the pedestrian bridge, crossing the Shannon, and the idyllic boardwalk on the N4.

“We have planned a wonderfully exciting itinerary this year with Carrick’s own professional photographer, Keith Nolan, recording all, free of charge, as usaul! We have a Cherry Picker in place for some aeriel photography and two ‘drones’ are planned to follow and record the participants on the 5km Route! We are planning on creating a ‘Party Atmosphere’ at the start and finish at Carrick’s Sports Complex, with a D.J., at the start, playing some tunes to get us warmed up and then a live band at the finish,” James outlined.

This year’s D.I.L. in Carrick promises to be a superb event with all the stops having been pulled out, so why not sign up now to take part? You can do this by choosing any of the 5 Following Options :

2.) Or you can attend one of the Pre-Registrations, details to be announced soon

3.) The organisers are also hoping to have a Business Venue where you can call into, anytime, and Register

5.) Or, you can turn up on the Morning/Night at Register there!

Following the launch James added “The Committee are extremely grateful to Carole Coleman for being our M.C. on the evening.

“We would also like to thank the guest speakers, Colin Regan, who travelled from Dublin especially to attend; to Laura Reynolds and Charlie McGettigan.

“Also a special word of thanks to Donna Burke from Pieta House West in Tuam, who made the long journey, along with her colleague Emer to be there! Donna also spoke on behalf of D.I.L. Pieta. Thanks also to Ciaran Kelly of The Landmark Hotel who provided the facilities and refreshments on the evening; to Gary Gartlan, owner of Gartlan’s Internet Cafe, who helped design our new route.

“And finally to Mr. Willie Donnellan for taking some wonderful photographs covering our event!”