200 bags of rubbish dumped in Gortletteragh 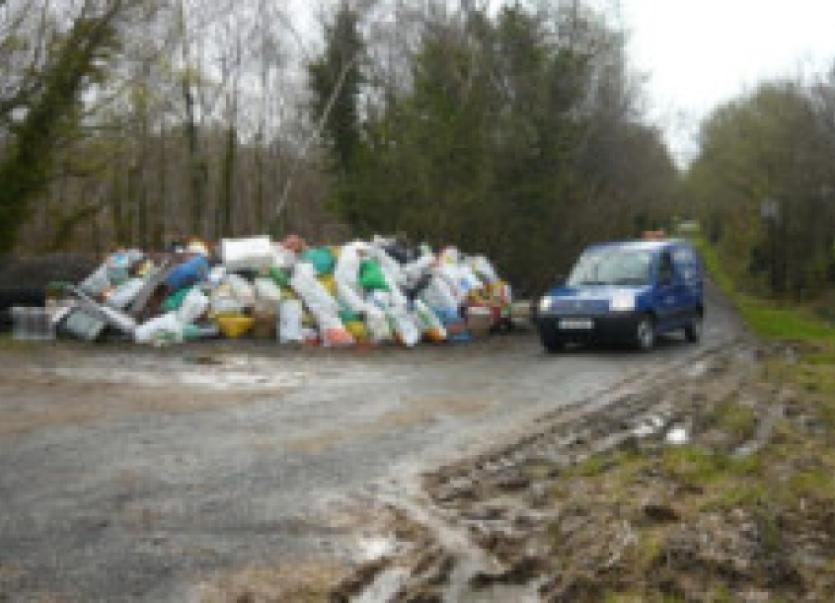 Leitrim County Council said they are monitoring litter and issuing fines following an extensive clean up in Gortletteragh recently that resulted in the collection of 200 bags of dumped rubbish.

Leitrim County Council said they are monitoring litter and issuing fines following an extensive clean up in Gortletteragh recently that resulted in the collection of 200 bags of dumped rubbish.

The Spring Clean in Gortletteragh, part of the An Taisce clean up programme and financially supported by Leitrim County Council, revealed extensive dumping in the Gortletteragh area. The rubbish had accumulated over some time from ‘fly tipping’ by the public.

Sean Scott, Environmental Enforcement Officer at Leitrim County Council, said the clean up and disposal means a “fairly significant cost” for the council to pick up.

The council are continuing with their enforcement over litter. They go through dumped material for evidence of the perpetrator and with evidence they issue fines or court proceedings.

Mr Scott said there is CCTV at recycling centres around the county but they are also relying on reports from the public on litter issues.

Mr Scott said litter dumping is a nationwide problem, but he said here in Leitrim it effects tourism, could endanger wildlife and can cause water pollution and contamination. He said “people need to take responsibility.”

Mr Scott also reminded Leitrim residents that following a by-law enacted last year, each resident in the county is expected to be registered for waste disposal.

If you are not registered with a waste provider you could be fined €75. Leitrim County Council have conducted a few hundred door to door inspections and are continuing to inspect registrations around the county.

Also in an effort to help residents with waste disposal a brown bin is now being offered by waste collectors for biodegradable food and garden waste which can be composted. This 25L bin can be purchased for a nominal fee and is being collected for free at the moment by the county’s waste collectors.