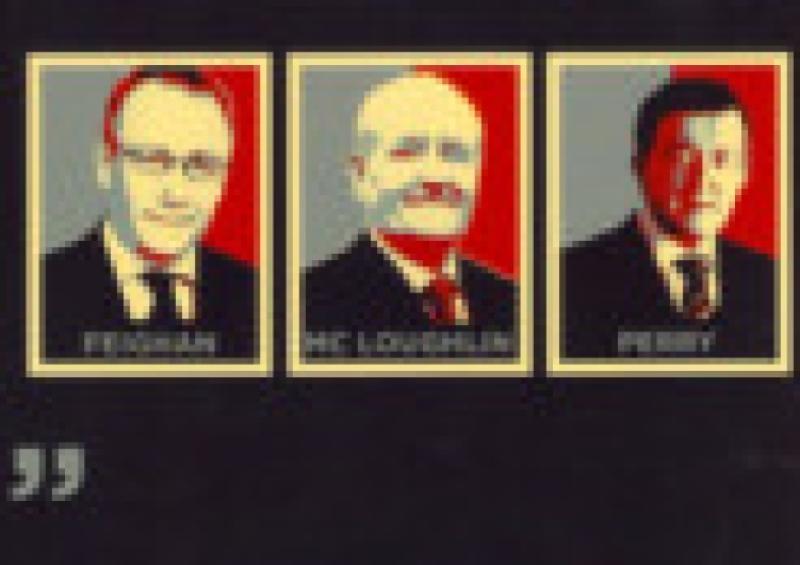 Edited photos of the three TDs featured in the leaflet card which contained a quote from the Minister who introduced abortion in England in 1967, now Lord David Steele ‘’I never envisaged there would be so many abortions.’’

The leaflets were distributed at various churches around the region on Sunday, April 28.

The leaflet was issued by ‘’Connaught for Life.’’ No address was given but a phone number was provided.

It is understood that similar leaflets were distributed around the country at the weekend showing local Fine Gael TDs.

The back of the leaflet asked ‘’Will Fine Gael be known as ‘The Abortion Party?’

It accused Taoiseach Enda Kenny and the Government of wanting ‘’to legalise abortion in Ireland on suicide grounds - through all nine months of pregnancy.’’

The leaflet suggested that ‘’an estimated 250,000’’ babies could have their lives ended by abortion in Ireland in 20 years.

Local phone numbers were published in the leaflet for each of the three TDs, for people to call them and register that ‘’you oppose the legalisation of abortion in Ireland.’’