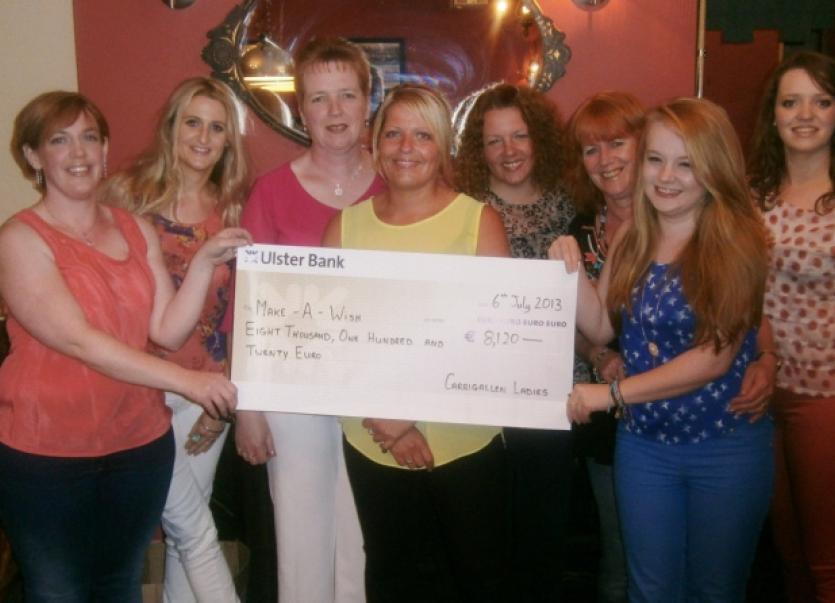 Twelve local women raised over €8,000 for the Make A Wish Foundation by running in the Flora Mini Marathon recently.

Twelve local women raised over €8,000 for the Make A Wish Foundation by running in the Flora Mini Marathon recently.

Nicola O’Connell’s son Dylan was diagnosed with leukaemia in 2009.

“As you can imagine it was a very tough time for the whole family,” the Carrigallen lady told the Leitrim Observer.

Dylan was granted a wish by Make-A-Wish to become a train driver and meet Thomas The Tank Engine. In December 2009, Dylan became the first child ever to drive the Luas at the depot. The following May the whole family were flown to Birmingham to visit Thomasland, where Dylan met the Fat Controller and Thomas

Nicola said “The experience was fantastic and it was wonderful to have something positive at such a difficult time.”

As a thank you to the Make-A -Wish Foundation, Nicola decided to run the Dublin Flora Womens Mini Marathon to raise funds so other children can benefit and have their dreams come true also. Twelve of her friends came on board to support Nicola and the charity.

Kitty Coyne organised an evening of Social Dancing in The Kilbracken Arms Hotel and Nicola organised a fundraiser in Mitchell’s Bar, Carrigallen to help get word out about their fundraising.

Nicola also travelled to a number of local schools and asked them to participate in a non uniform day for the charity.

The combined total raised from all the events was €8,120.

Make-A-wish Ireland grants the wishes of children aged between 3 and 17 living with life threatening medical conditions to enrich the human experience with shop, strength and joy.

Donations can be made to www.makeawish.ie, you can also volunteer or buy merchandise from the charity.