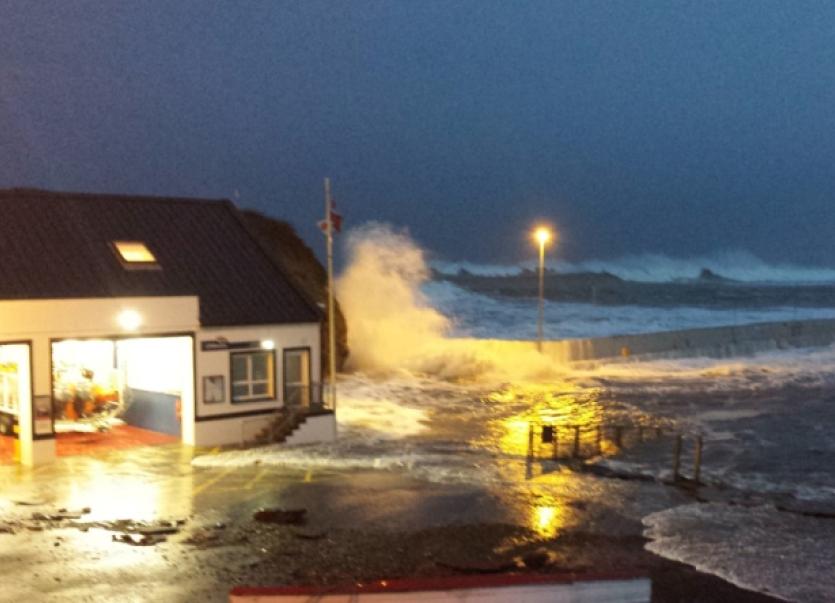 Crew began to arrive at the lifeboat station at around 7.20am on Saturday and discovered the damage as the seas had broken down the main front door as well as the bottom panel in the large doors, behind which the lifeboat is kept.

Ahead of high tide again this Saturday evening, as a precautionary measure the lifeboat was moved to higher ground but remained on service throughout the period.

Lifeboat Operations Manager for Bundoran RNLI Tony McGowan said “despite the force of the sea, we only suffered a small amount of damage and we are happy to note that the lifeboat itself wasn’t damaged and remained available for service.

“It was an early start following the dinner dance on Friday night and we would like to thank all of those who turned out on the morning. I would also like to point out, having viewed CCTV of the time of the impact, it was remarkable how one big surge which was at least two metres higher than the rest caused the damage,” he told the Leitrim Observer.

“It is easy to see how people can be caught out in such conditions and I would urge people to keep well away from the water in such circumstances.”

Met Eireann are predicting further bad weather this week and long range weather forecasts say that rain will continue through the coming weekend.

Gardai are urging motorists to slow down as excess water on roads have made driving conditions on some roads treacherous.

Motorists are urged to avoid entering flood waters as it can be difficult to gauge the depth of the flood.