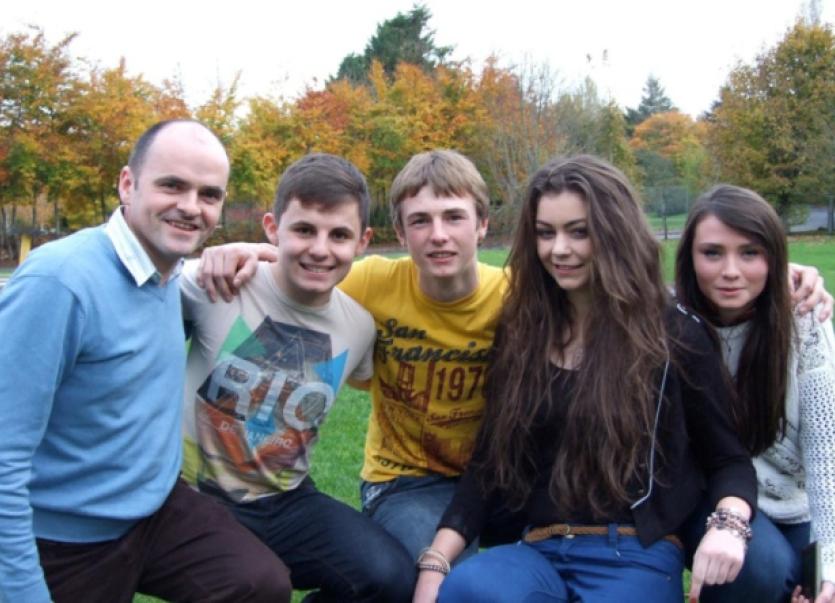 Four Ballinamore students and their teacher continue their adventures on RTE’s Class Swap in Poland every Monday on RTE1 at 7.30pm.

Four Ballinamore students and their teacher continue their adventures on RTE’s Class Swap in Poland every Monday on RTE1 at 7.30pm.

The series which is half way through showcases the experiences of students John Joe McGovern, Brian Deering, Kayla Maguire, Ciana Stringer and teacher Robert O’Reilly as they investigate the differences in education between Ireland and Poland. The group spent ten days in April 2012 in a school in Smardzewice, Poland.

Mr O’Reilly said “we found it a hugely enlightening experience and a great opportunity to see at firsthand how an alternative education system works.”

Kayla said “after actually experiencing the country for ten days, my opinion was definite… the people are extremely genuine, honest, so friendly and kind, while the education system is a stark contrast to ours and they just don’t seem very stressed in comparison to us!”

Following the Cold War and suppressed education in Poland there has been a massive appetite for learning and educational reform. Schools are governed locally and their revamped system includes a primary school for 7-13yrs, a lower compulsory secondary school for 13-16 yrs followed by 3 options for upper secondary education: General Upper Secondary (preparation for higher education), Technical Upper Secondary - (general plus classes in vocational education) and Vocational school - (specific occupation or trade e.g. Carpentry.)

The school that Ballinamore students visited catered for children from preschool, primary school and lower secondary school, all mixing freely within the same school building.

Kayla noted “One aspect of school life which I particularly liked was that the day started at 8am and finished at 2pm. I think that this is much more practical as it leaves more time for homework, study, etc after school.”

In Poland they study 14 subjects but only sit exams in 9. A minimum number of compulsory classes are set in each subject, ranging from 450 hours in a Modern Language to 30 hours in Art.

The group noted an absence of practical subjects other than art. ICT availability and use was very limited as Brian felt “Their computers were ancient and there weren’t interactive whiteboards and projectors in any classroom”.

Polish students are able to undertake complex mathematical calculations without the use of a calculator, John Joe states “In school I liked the way calculators were not allowed in class so it challenged students into using their mind”.

They sit exams at the end of primary, lower secondary and upper secondary and students who fail school internal assessment must re-sit the exam, otherwise they will not progress to the next grade. In addition to points achieved in exams and continuous assessment, students can also be awarded extra points for involvement in out of school competitions, sporting activities and volunteering work.

There was a contrast in teacher-student relationships, Ciana said, “Teachers in Ireland seem to be far more strict than in Poland. I think this is because they care more and want their student’s to do well in their Leaving Cert and get the highest points possible”. Kayla noted “Discipline was rare. “